Gold is priced in dollars, not the other way around, though this used to be the case. Now that the dollar is no longer pegged to gold, the purchasing power of the dollar has plummeted for decades on end. This is what is known as a weaker dollar. As a consequence of moving from a gold peg to a full fiat currency, the US dollar now competes in an alternate reality of sorts.

A strong currency used to be revered and desired. This made nations wealthy and preserved the wealth and futures of the people who held the currency. Now, in a world where all currencies are based on debt, having a currency that constantly weakens is preferable for governments and debt-holders. Unfortunately, this practice is devastating for people who hold and save that currency.

Recently, Donald Trump stated in an interview that the US dollar is too strong. He states that this is hurting international trade. If Trump is looking to devalue the dollar further for international economic reasons, then the dollar price of gold must rise. This is perhaps one of the newest and strongest reasons to buy gold in 2017.

Inflation is often felt as rising prices. Usually, inflation is most easily noticed in food and energy prices. For instance, heating oil prices were up more than 30% this year. In addition, orange juice and ethanol prices also spiked. Some prices fall, but usually not enough to make up for the prices that rise. 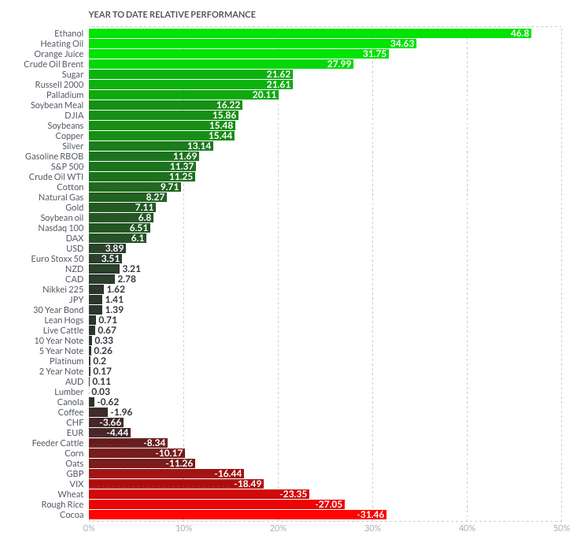 In addition, one thing you can count on about inflation is that more is coming. The Federal Reserve wants more inflation. They say it is necessary and they actually set annual inflation targets. They also usually revise the inflation targets and seldom hit them. If you are interested in researching this unfortunate truth further, Jim Rickards is a great source to start with.

Currently, the SDR can be seen as an emerging currency. SDR means Special Drawing Right. The SDR is a product of the International Monetary Fund. By the way, the International Monetary Fund is controlled and run by a consortium of bankers and politicians. The SDR was created as a backup world reserve currency back when the dollar was in trouble in the late 60’s and early 70’s. The economics are too complicated to go into in detail here, but essentially, whatever country holds the world reserve currency must run deficits in order to provide liquidity to the rest of the world. This fact nearly crippled the US forty-some years ago.

The Bretton woods Agreement Pegged The Dollar To Gold At $35 An Ounce.

At some point, the SDR will replace the US dollar as the world reserve currency. In fact, everything is already in the works. Lynette Zang, ITM Trading’s chief market analyst, has produced a webinar detailing just how far along the SDR is in becoming a dominant currency. When this does happen, the dollar will devalue even further, and probably rather quickly. This is among many reasons to buy gold in 2017.

Reasons To Buy Gold In 2017 : Demonetization.

This reason to buy gold is less likely to be an immediate problem in the US, but we should learn from the experiences of others. In 2016, demonetization happened in both India and Venezuela, and it is devastating. In both countries, the government decreed that some of the largest currency notes in circulation will cease to have value. If this sounds incredible, it is. In India, counterfeiting was given as the reason for the currency demonetization. While in Venezuela, international currency manipulation was the given reason to blame.

Regardless of what the given reason is, the result is the same. Everyone who was holding large currency notes as savings in India had to exchange the notes for anything of value. Gold was an extremely popular choice. In Venezuela, which is experiencing much deeper currency problems, the largest currency note was worth about three or four cents. This fact made purchasing anything in cash difficult. Banning the note just added to the aggravation and suffering of the Venezuelan people. Riots, arson, rape, and murder are just some of the fruits of the Venezuelan currency collapse.

In conclusion, gold is an international currency that has a history of being good money for thousands of years. Gold has never become worthless. Likewise, gold does not demonetize. Gold protects your wealth during times of inflation. Gold rises when the dollar weakens. These are all great reasons to buy gold in 2017. Consider buying gold from ITM Trading. Give us a call, ITM Trading makes owning gold easy. 1.888.OWN.GOLD.