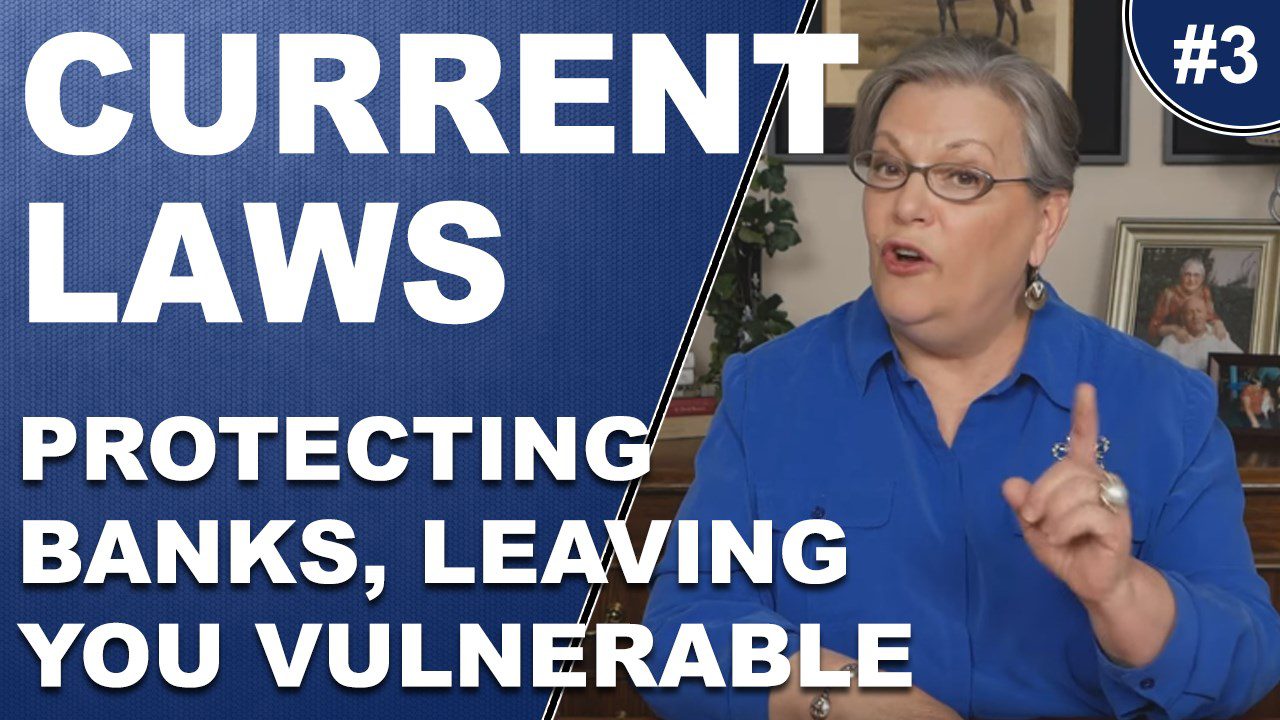 Have you ever wondered why no one went to jail for creating the financial crisis of 2008? Well that’s because they didn’t legally break the law.

When you open a new account at a brokerage house or bank you sign a contract. Most never read the fine print and really don’t understand what they’re agreeing to. But the bottom line is that you agree to become a “beneficial” owner and give up “legal” ownership of your wealth. But there is also a long beneficial ownership string that can use your equity for their benefit.

The banks use deposit reclassification to sweep your deposits into sub accounts in the banks name. This accomplishes two things; they can use your deposits to generate income for themselves and it reduces reserve requirements. A win – win for the bank as long as things go well. But if the bank gets into trouble? Well that’s what the bail-in laws are for.

And we all know that both single-employer and multi-employer pension plans are in big trouble, even after the stock and bond markets at all time highs. What’s been the government solution to this problem that impacts millions of Americans? Change the laws so that single employers can reduce required contributions, making them even more severely underfunded and if you are in a multi-employer plan and the trustee reduces your promised benefits…there is nothing you can do about it.

Remember the 143 million records that were breached at Equifax? How about the many scandals revealed at Wells Fargo? In July 2017 the CFPB issued a rule allowing consumers to band together to sue financial institutions to resolve disputes. Lobbying pays off, in October 2017 that regulation was repealed, so in the fine print you agree to arbitration. Meaning individual vs corporation.

But I saved my favorite for last. In 2005 the bankruptcy laws were changed, making it harder for individuals to declare bankruptcy but putting derivatives at the head of line. Large financial institutions trade in these OTC derivatives and they now come ahead of vendors, bond holders and certainly stock holders.

These are just some of the laws that have been put in place that put corporations above individuals. And just some of the reasons I say that wherever your wealth is held during this next crisis, that is where it is most likely to remain. So remember…If You Don’t Hold It, You Don’t Own It.

To View Part 4 of 4: https://www.itmtrading.com/blog/part-four-transition-new-financial-system-begun-2008-just-warning/ 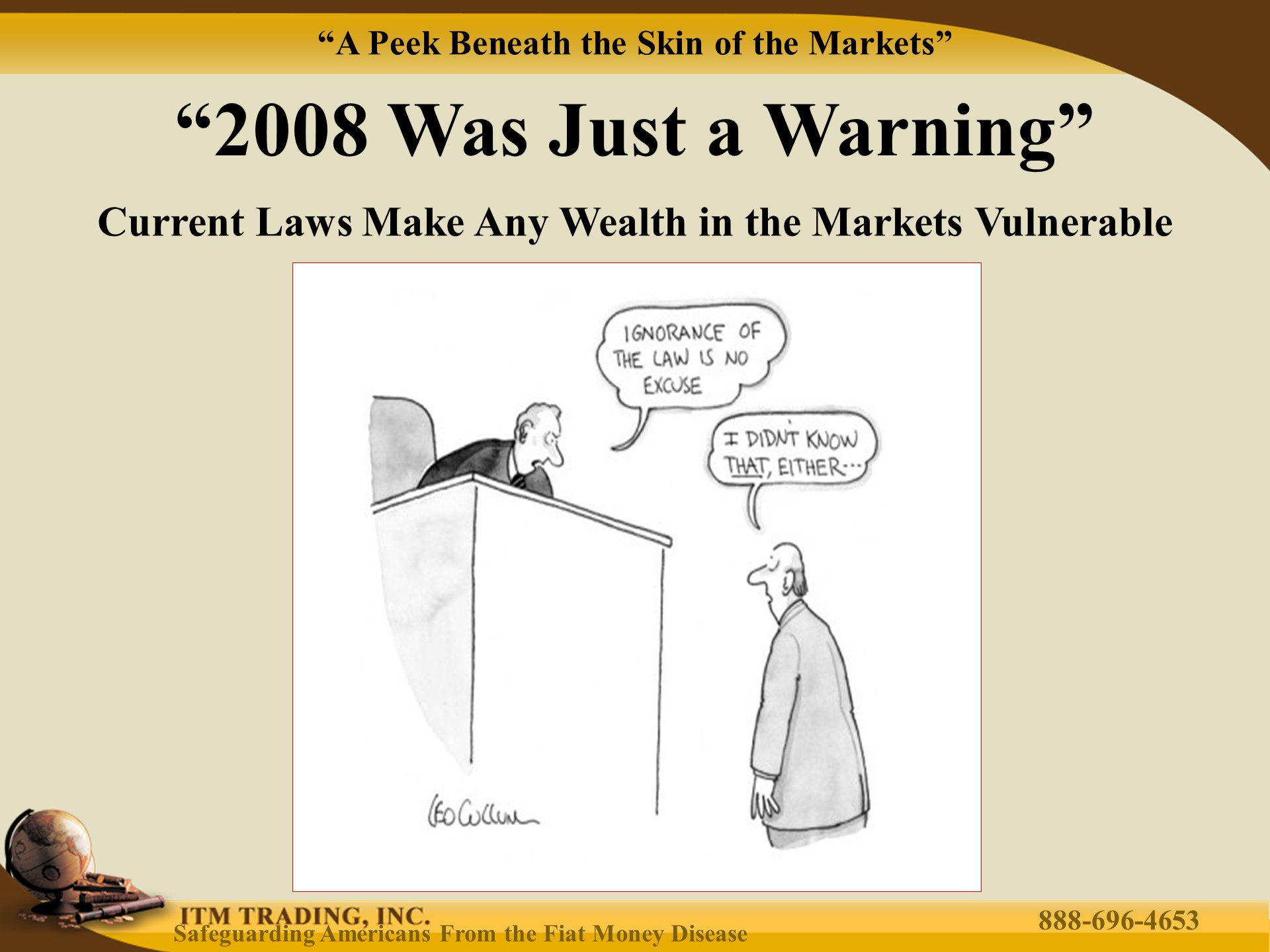 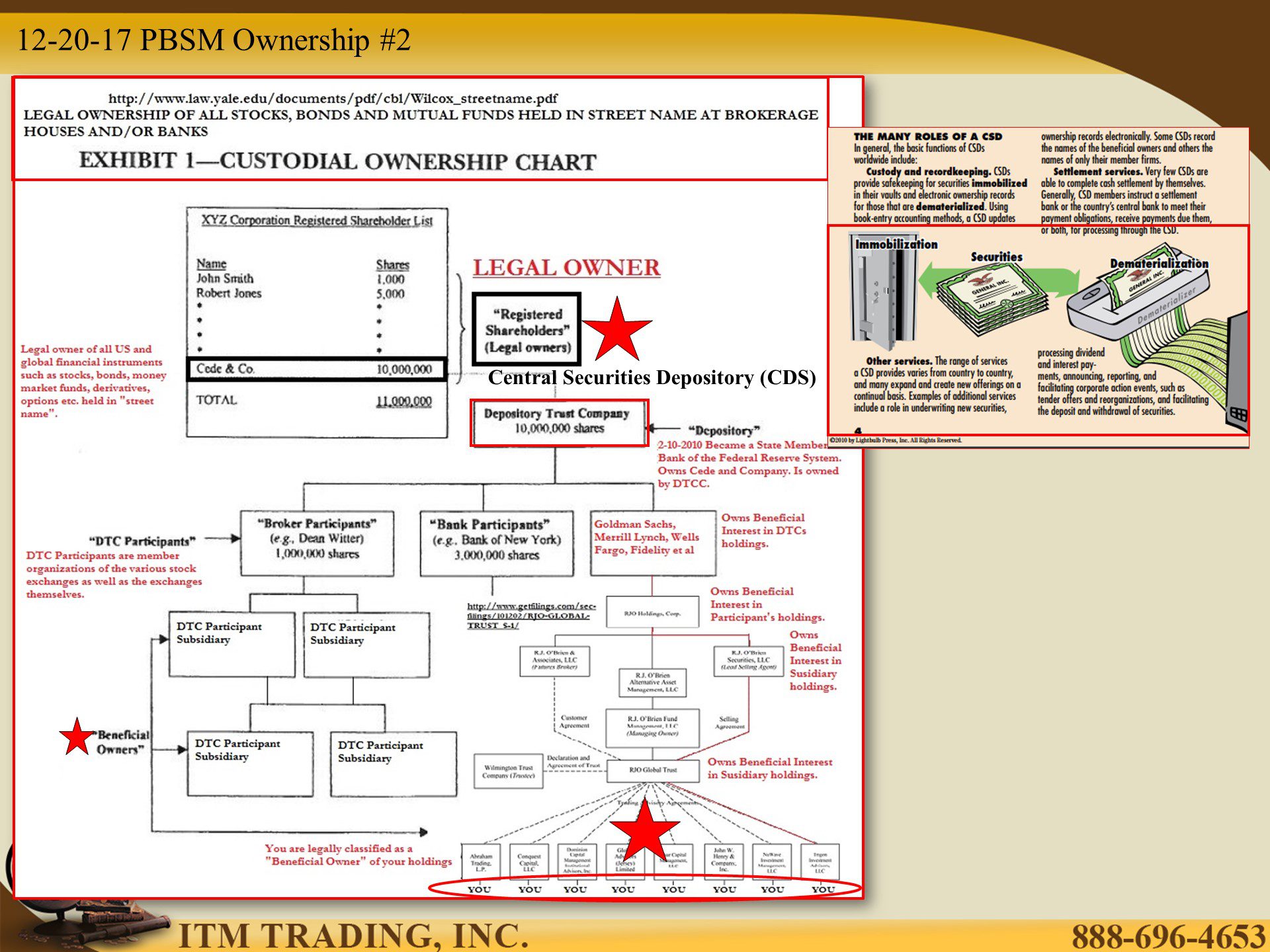 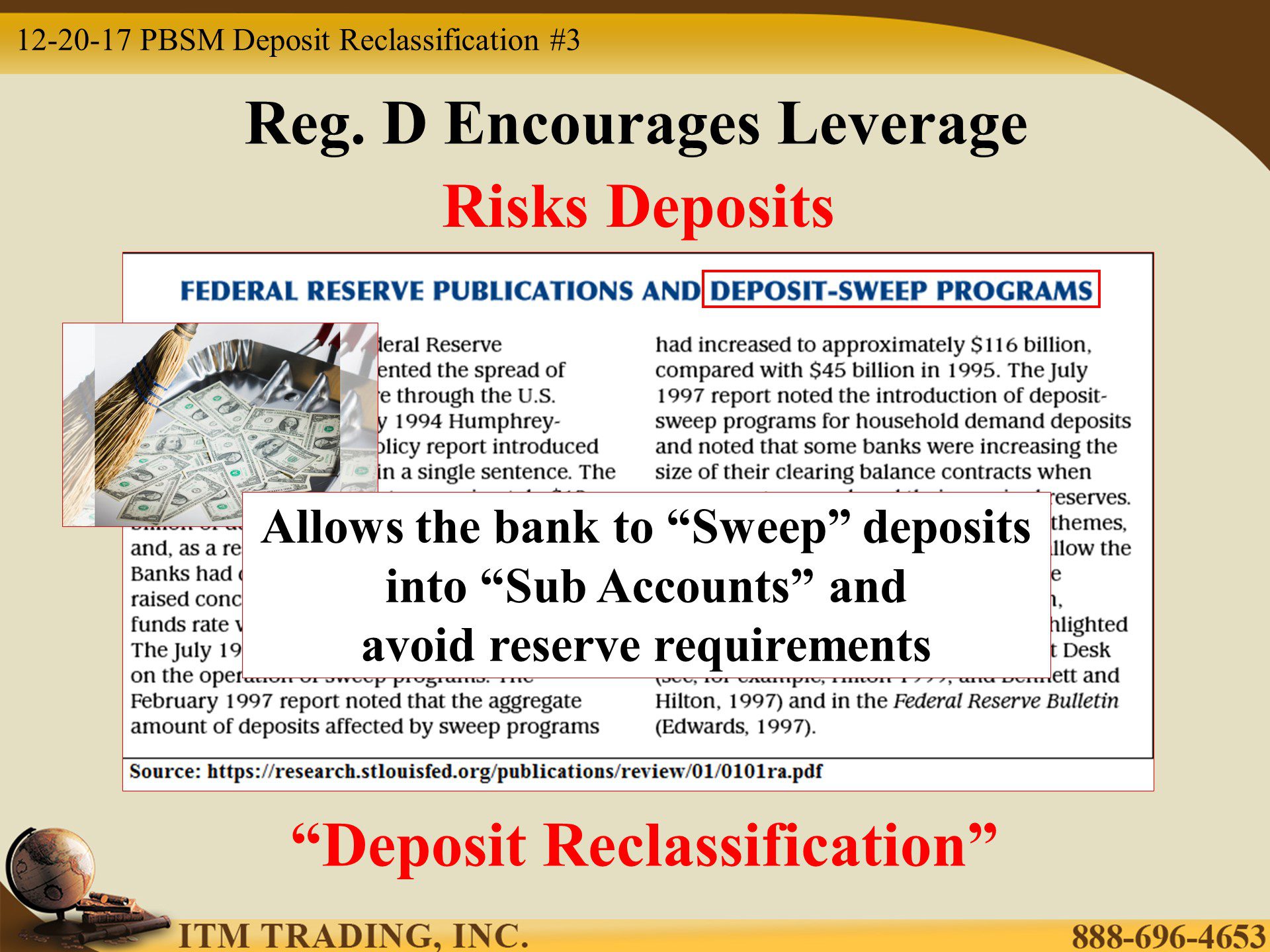 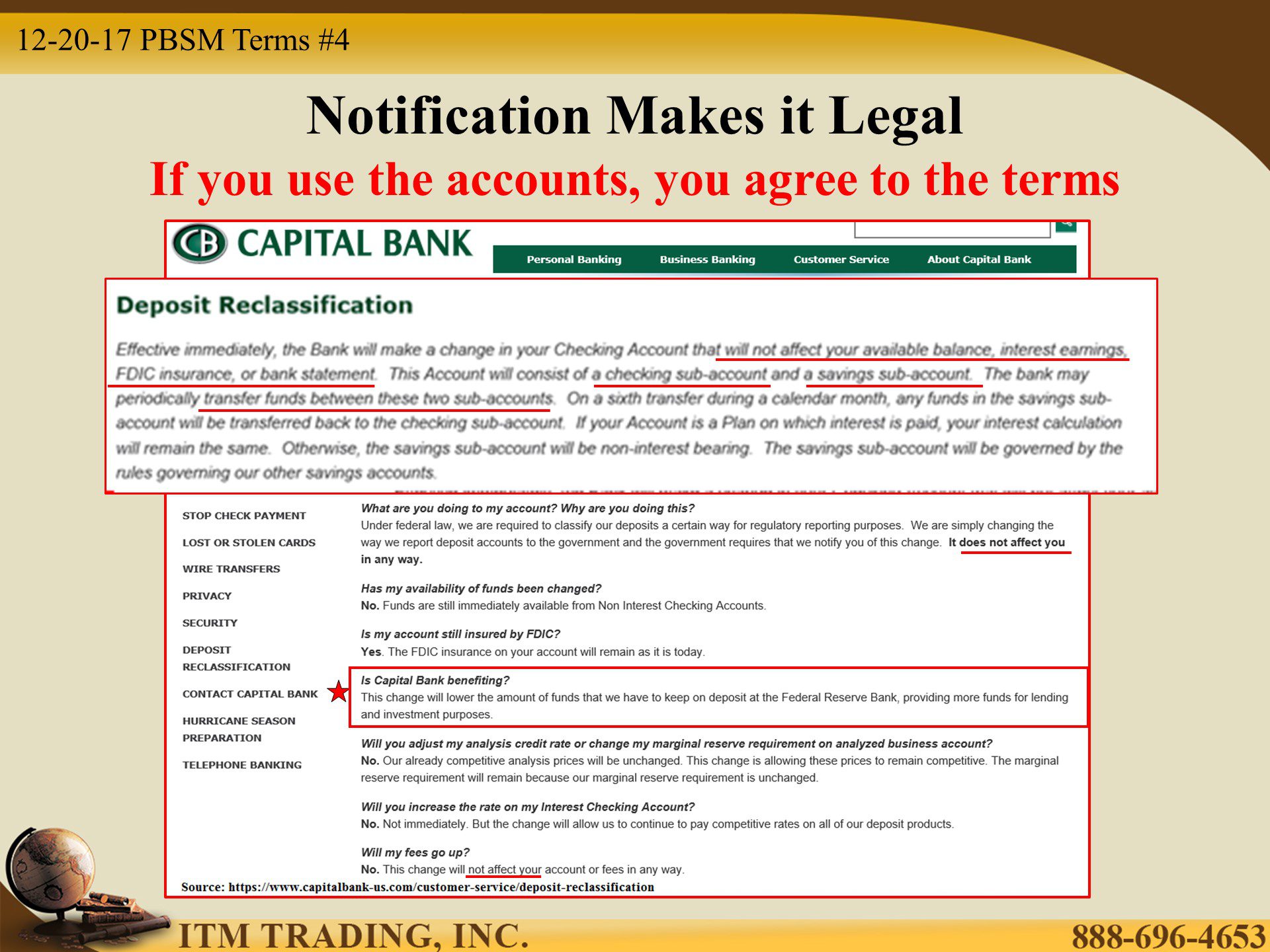 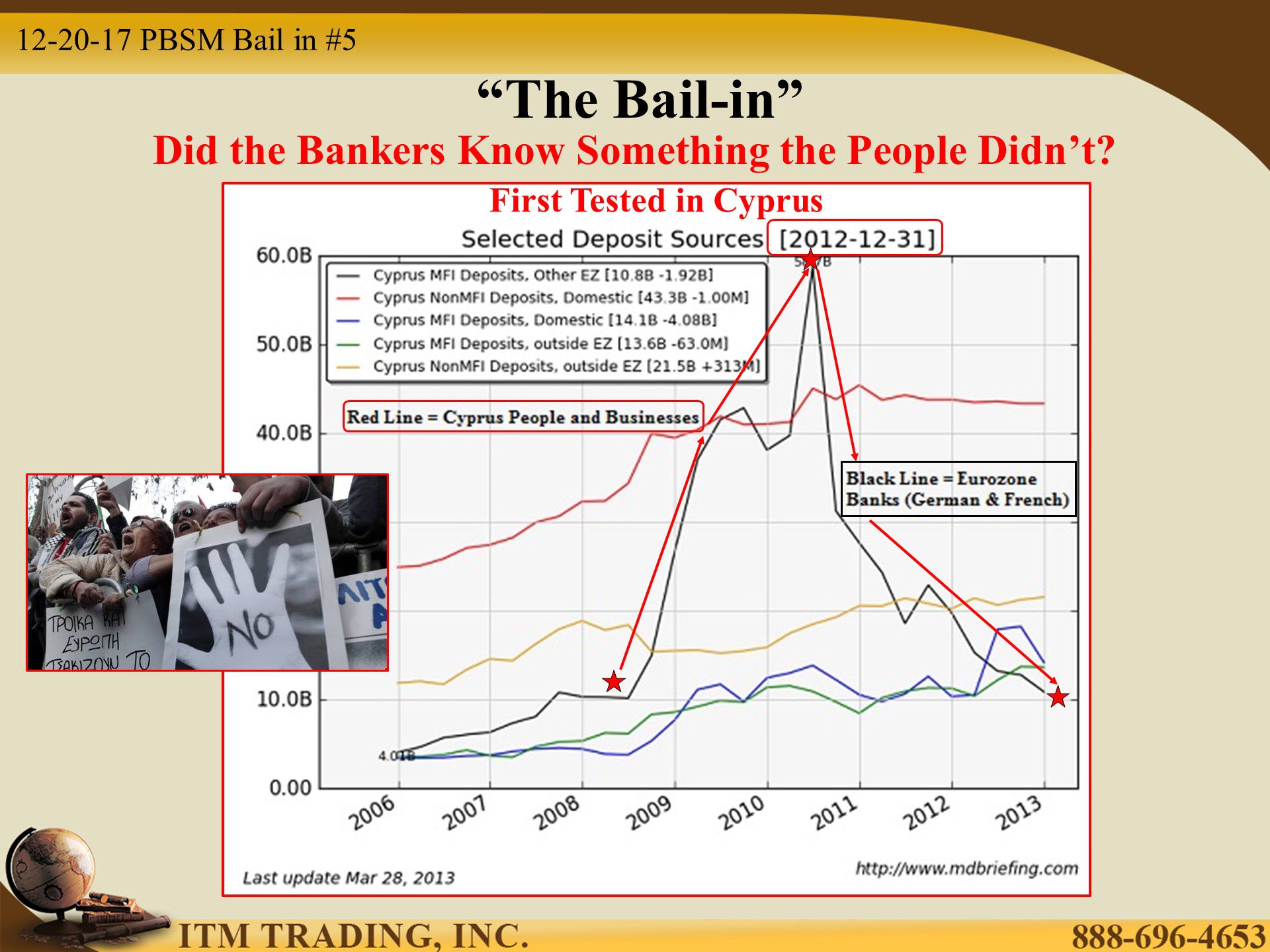 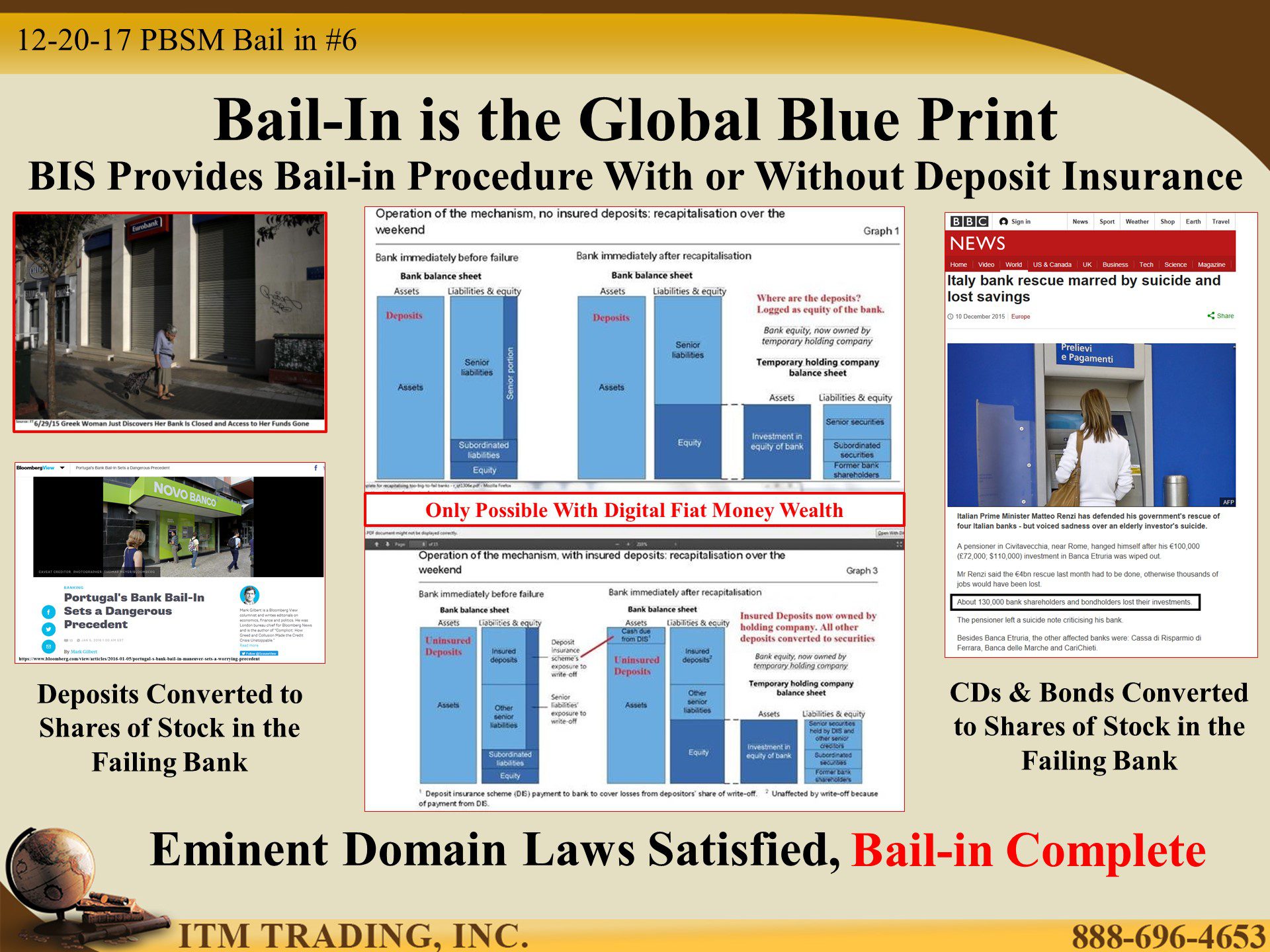 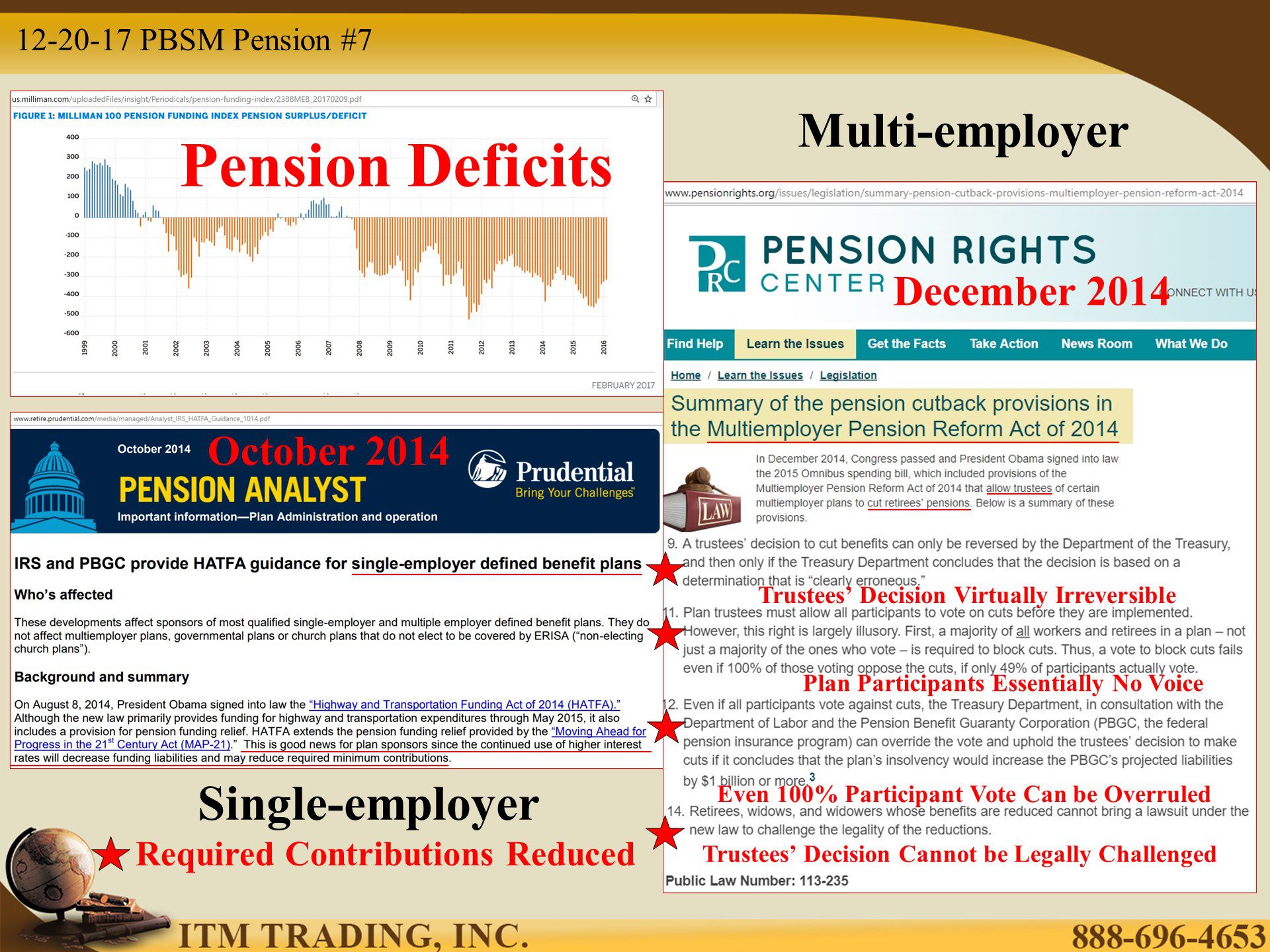 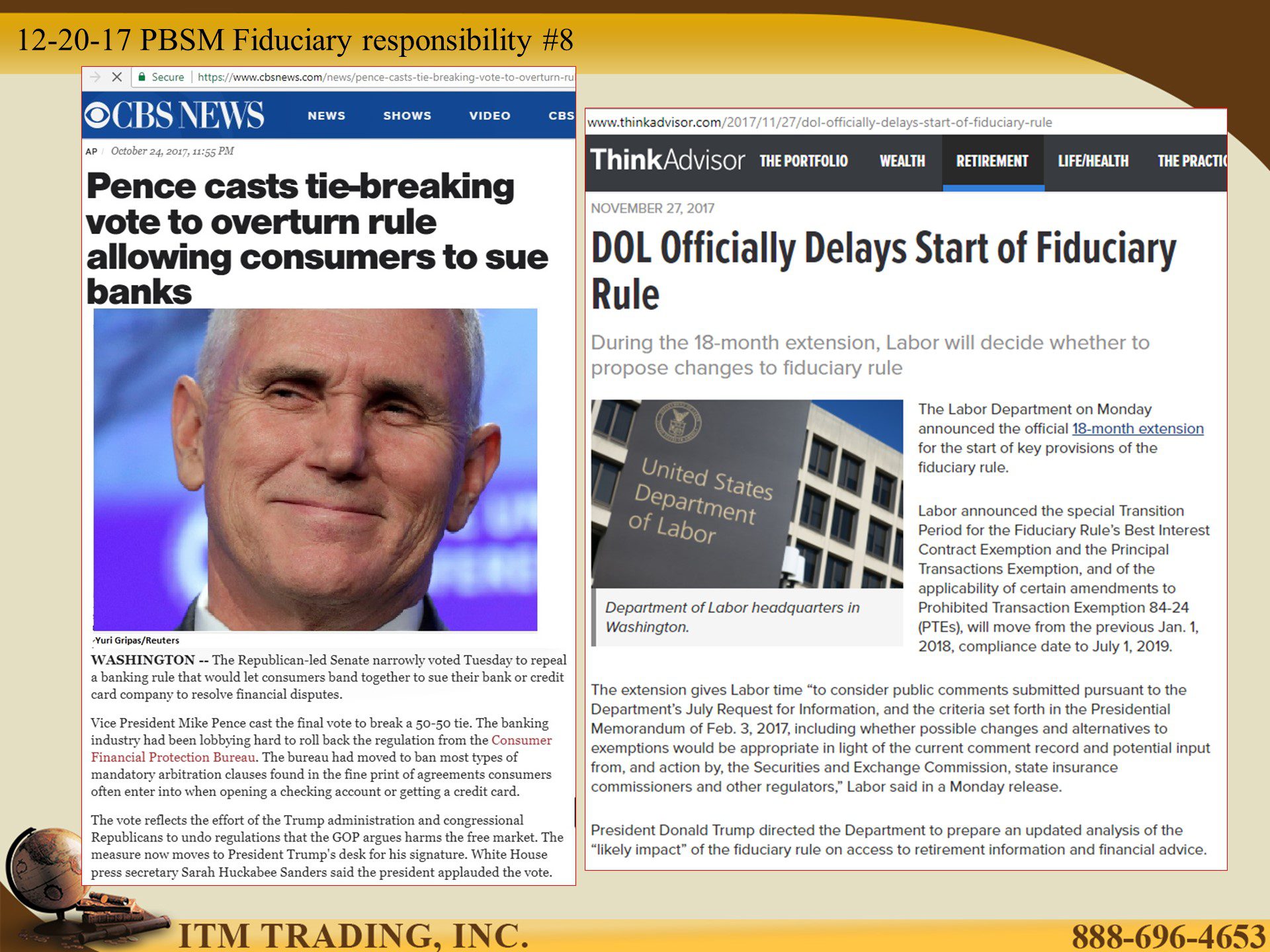 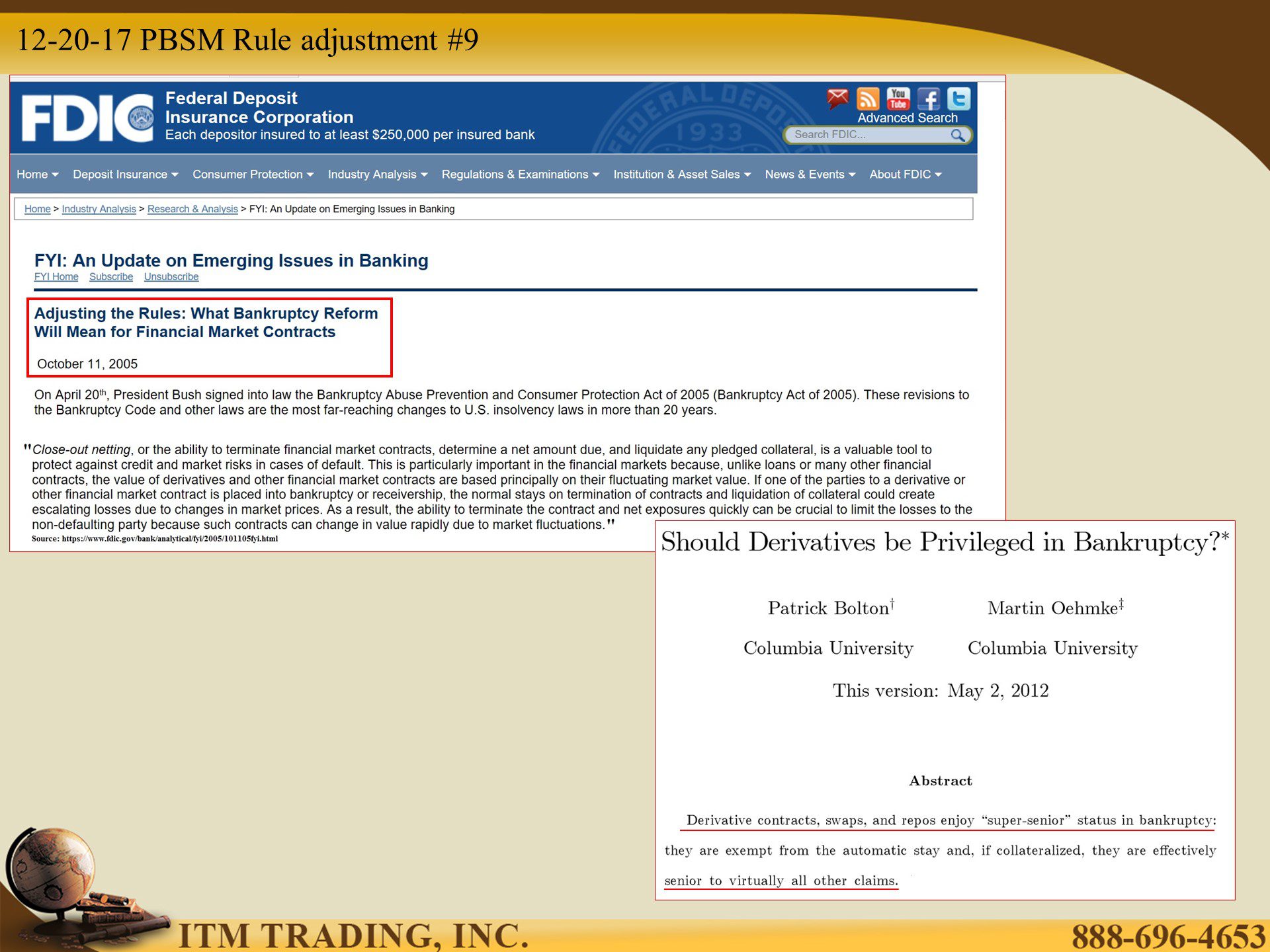