Something is going on in the global bond market and it doesn’t look good for most of the other markets. In the US Treasury market, the 2, 5 and 10 year yields have broken above resistance levels not seen since 2009, 2011 and 2014 respectively and we’re seeing similar moves in the global sovereign bond markets.

There are many reasons interest rates matter, today we’re going to look at three of those reasons.

First the debt that was taken on with interest rates near zero that now has to be rolled over at higher rates. That means it will cost a lot more to service that debt. Is the increasing income there to service those higher debt payments? Globally since 2008, debt has more than doubled but thanks to those super low rates, interest on that new debt is near the same amount.

It would have made fiscal sense to lock in those low rates in long term bonds, but much of that debt is now coming due. For example, the US government has $1.7 trillion bonds coming due over the next five years. In addition, the treasury anticipates using short term debt to fund the deficits created by the new tax laws to the anticipated tune of, at least, $1 trillion. But the truth is simple, deficit spending means that we are spending more than we’re taking in, so not only does debt service not touch principal, but it does not pay all the interest either.

How will these bills be paid? Keep in mind that 81% of this governments income is funded through income and payroll taxes, so while the tax cuts were permanent for corporations, they are temporary for individuals.

Secondly, we need to look at central bankers who focused their interest rate weapon on the stock market and the “reflation” trade since 2008. They knew that if bond interest income was taken away from savers, they would take on more risk in a reach for yield. Particularly if stock dividends were paying more than bonds. Mission accomplished. As central banks cut rates 692 times (coupled with lots of free money to banks) the global stock markets surged to all time new highs. In fact the Dow had over 69 new highs for 2017 and so far in January 2018, there have been 15 new highs inside of 20 trading days!

In February, that seems to be changing. As interest rates are hitting levels not seen since 2014 and earlier, global stock markets are falling.

Which takes us to the third topic, all those opaque derivatives bets dwarf all markets combined. Derivatives are a leveraged bet against the price action of the underlying instrument; stocks, real estate, other derivatives or bonds.

According to the most current OCC (Office of the Comptroller of the Currency) report on derivatives in the FDIC Banking system, almost 75% of all derivatives are interest rate related and almost 90% of all derivative trades are OTC (Over the Counter) which means off balance sheet, opaque and either bi or tri lateral (meaning between 2 or 3 entities). So no large liquid market to sell into.

From that same report we can see that banks are leveraged 24.7 to 1, derivative bets to assets. Keep in mind that bank “assets” include your deposits, brokerage accts. etc. That matters because most people hold most of their liquid wealth in some form of bank and the bail-in laws are in place.

As a reminder (think Cyprus 2013 and Greece 2015) when a bank becomes insolvent they have the right to halt or control withdrawals. In Cyprus, capital controls were in place for roughly 2 years and in Greece, they are still in place.

The real reason central bankers are attempting to raise interest rates at this time is to have the ability to lower them when the next crisis hits. In the US, going back to the early 1980’s as the fiat debt experiment began, short term interest rates were driven up to near 20%. Subsequently, interest rates were lowered to “stimulate” the economy an average of 6.5%. This is why Larry Summers, former treasury secretary (oversaw dismantling Glass-Steagall and blocked oversight of the OTC speculative derivative market in the late 1990’s) recently said “when recession comes, policy will not have sufficient room to cut rates”. Nor does their balance sheet have enough room to take on more debt to mask this next crisis. Debt fiat system over.

So what can you do? Be prepared to be as independent as possible, so my mantra; food, water, energy, security, community, barterability and wealth preservation.

History proves that physical gold and silver in your possession protects wealth and positions opportunities better than any other asset. That’s why those that understand money own gold and silver. 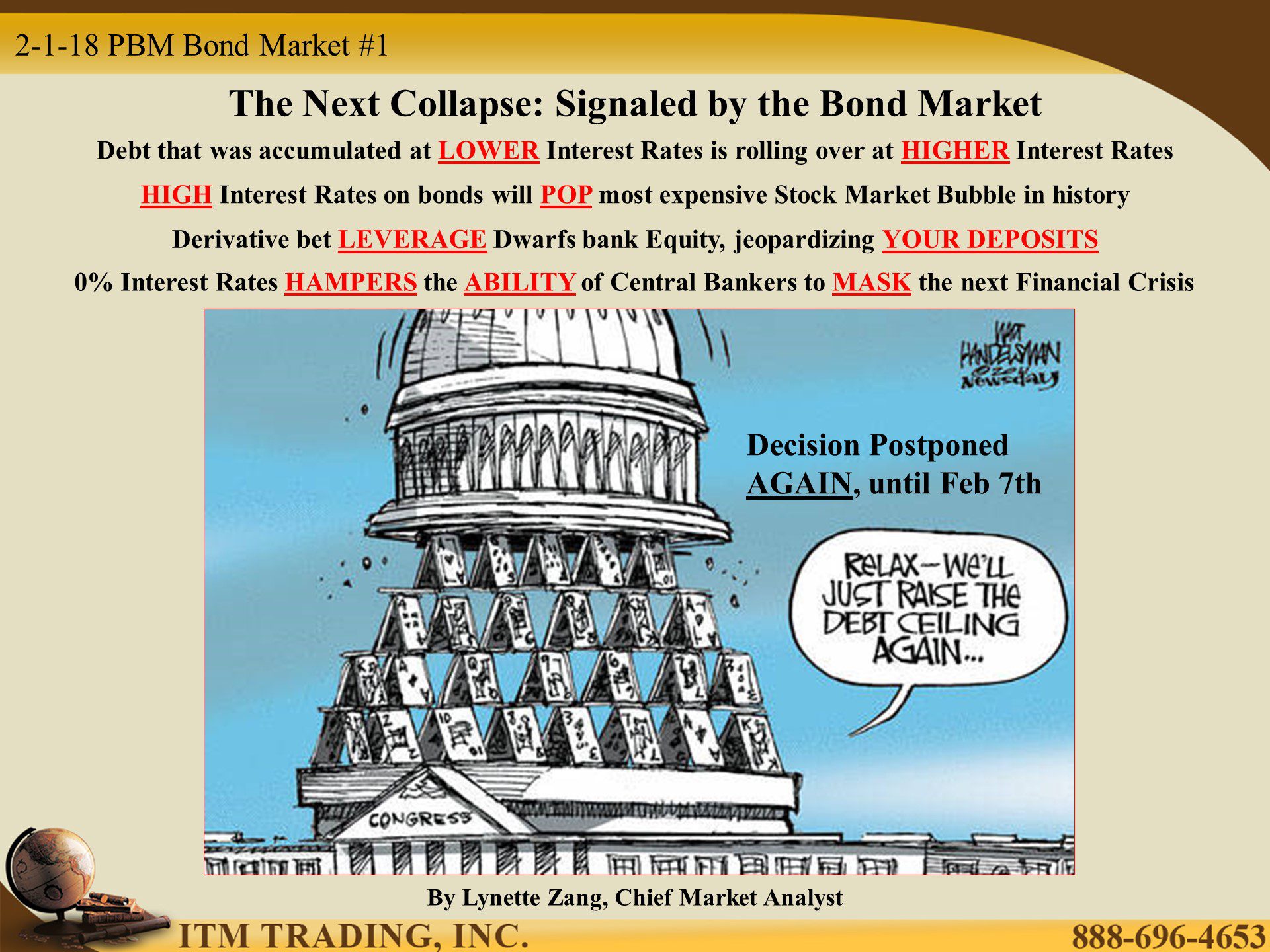 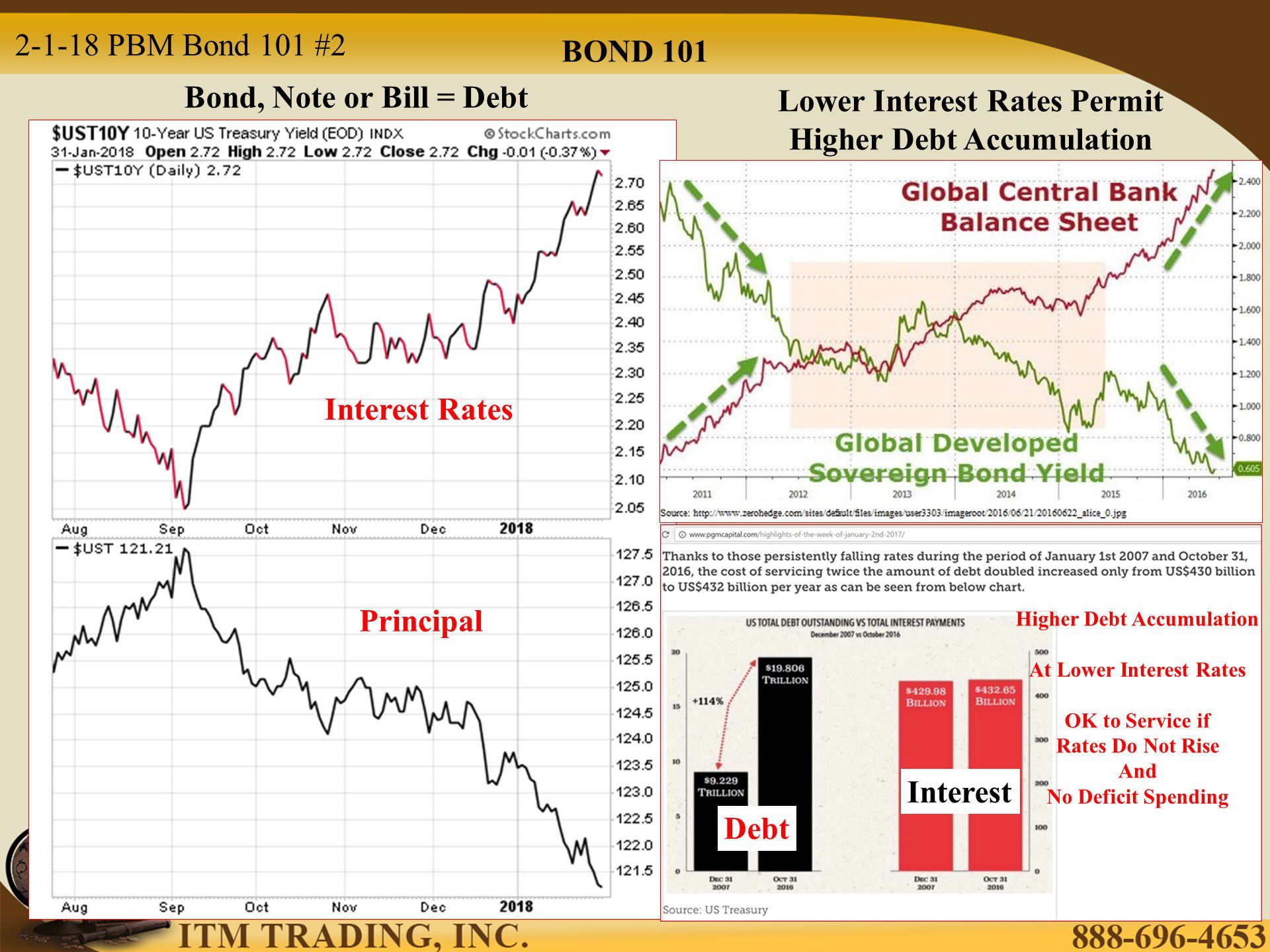 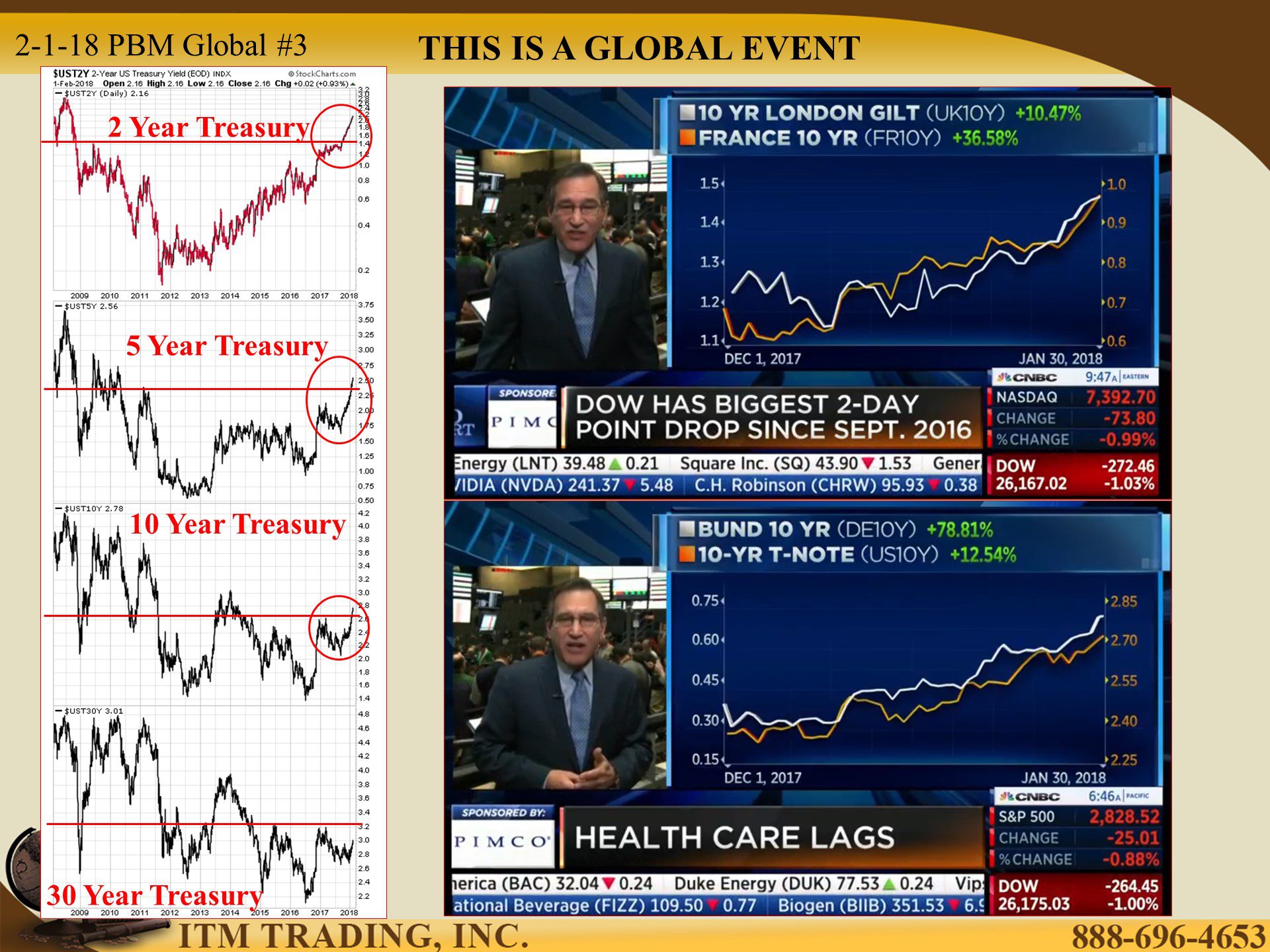 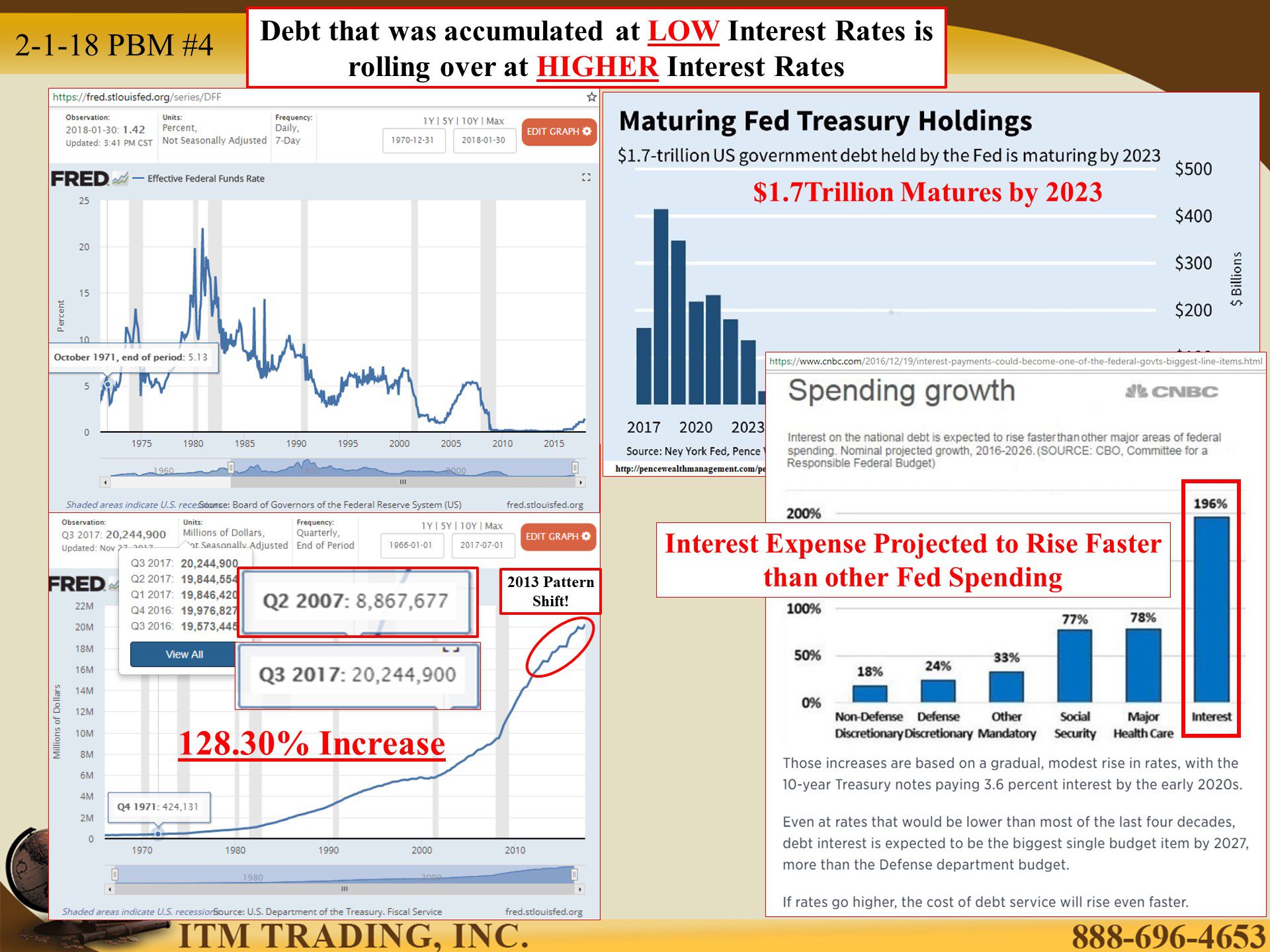 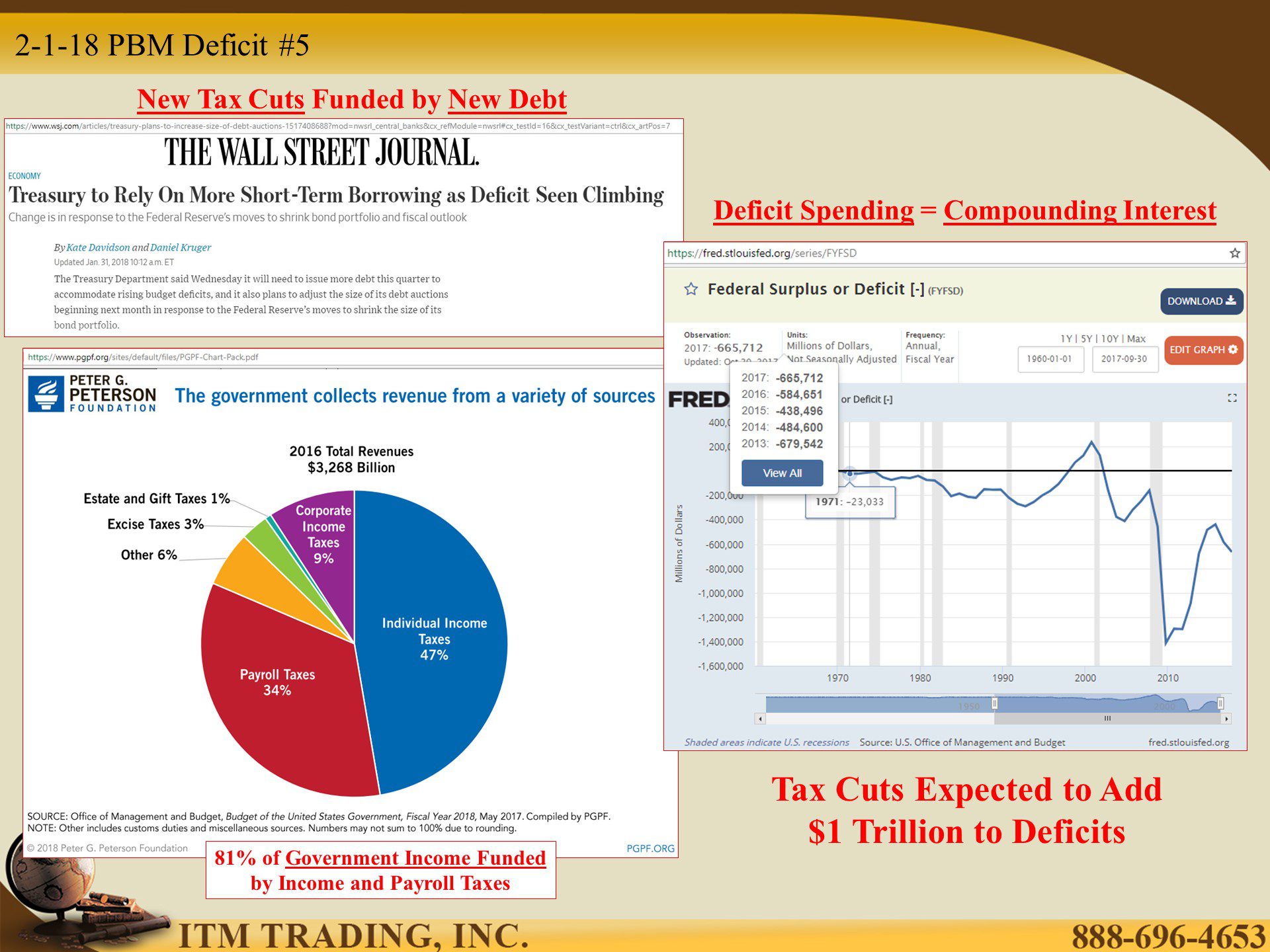 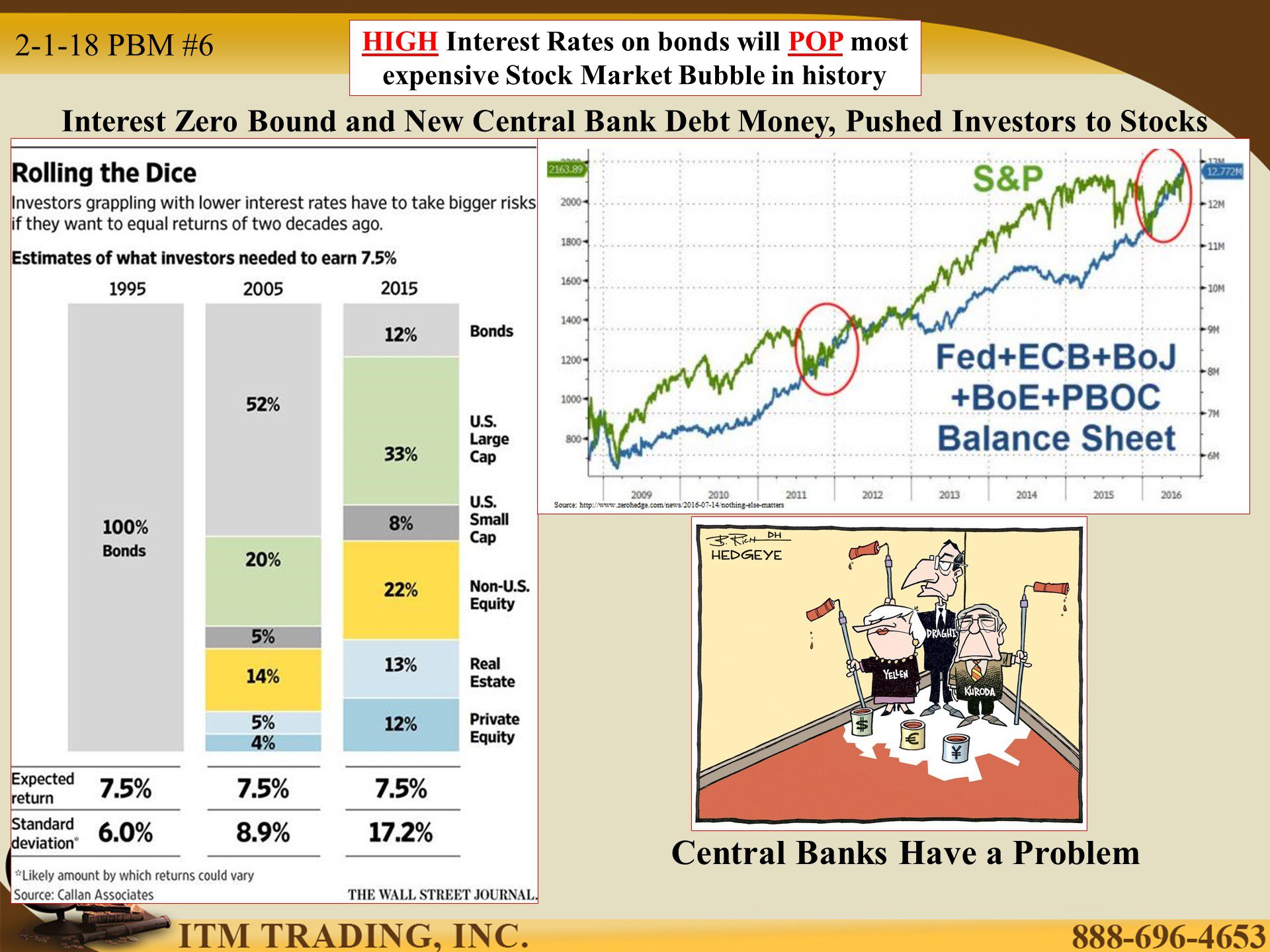 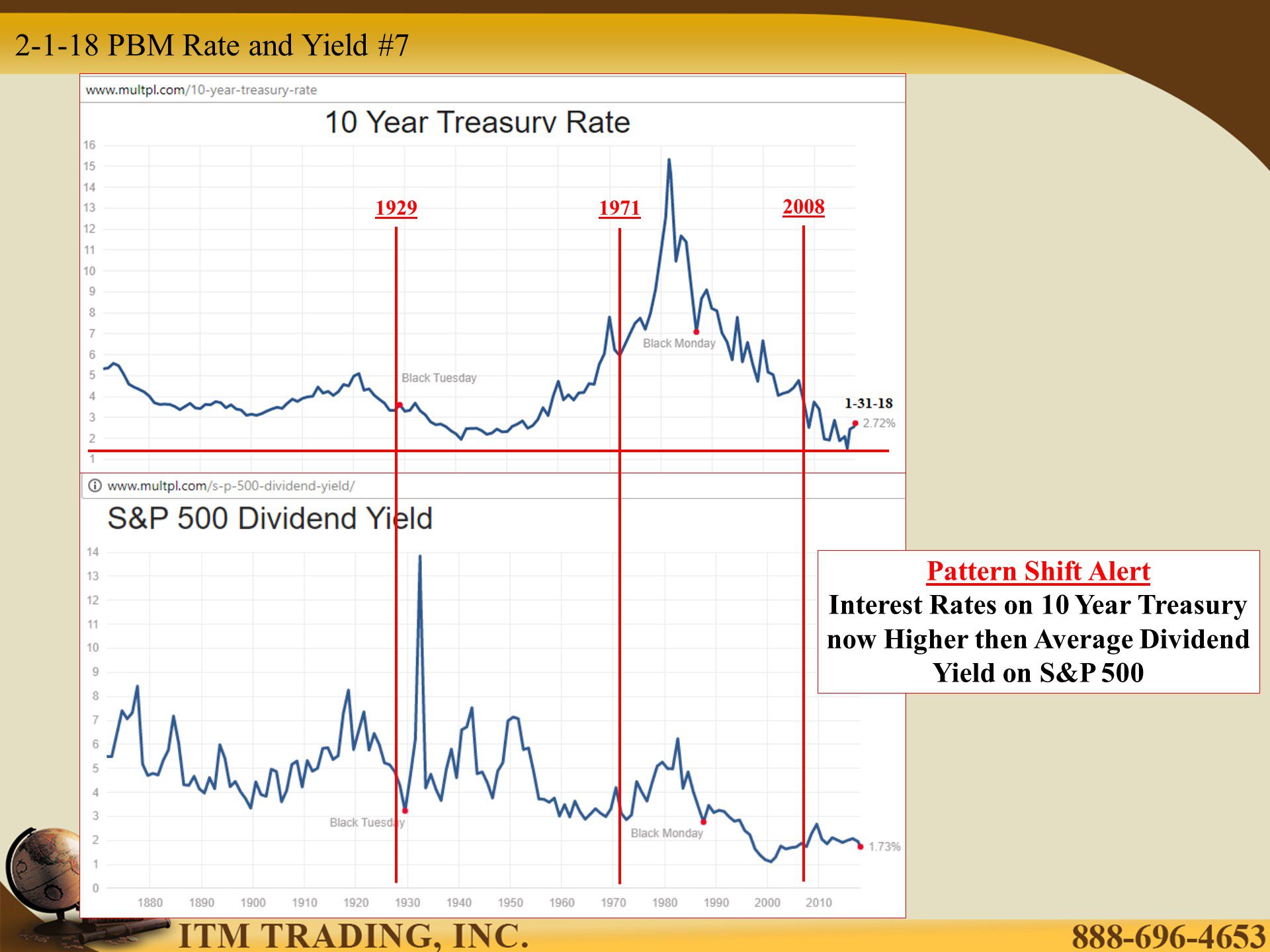 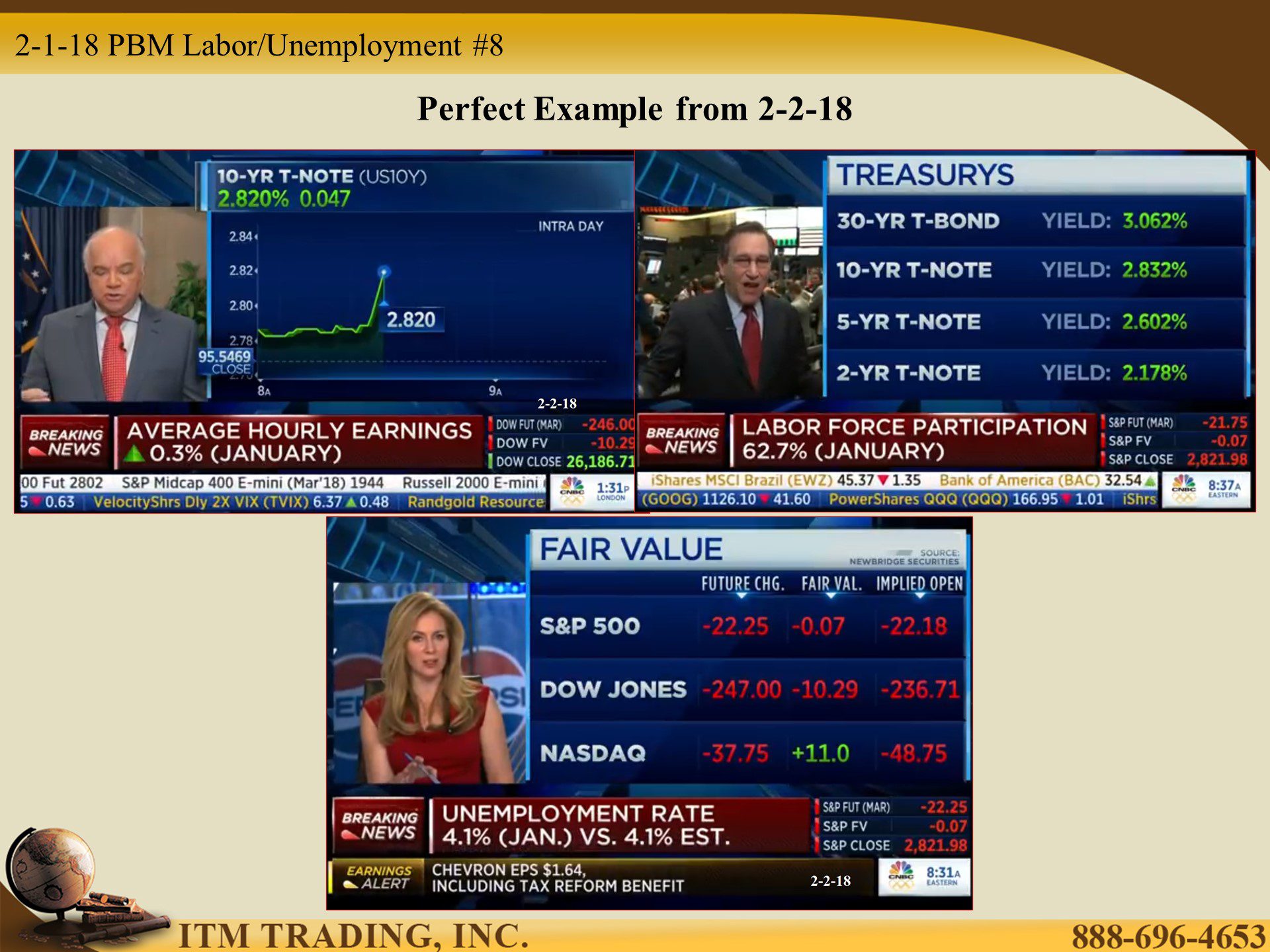 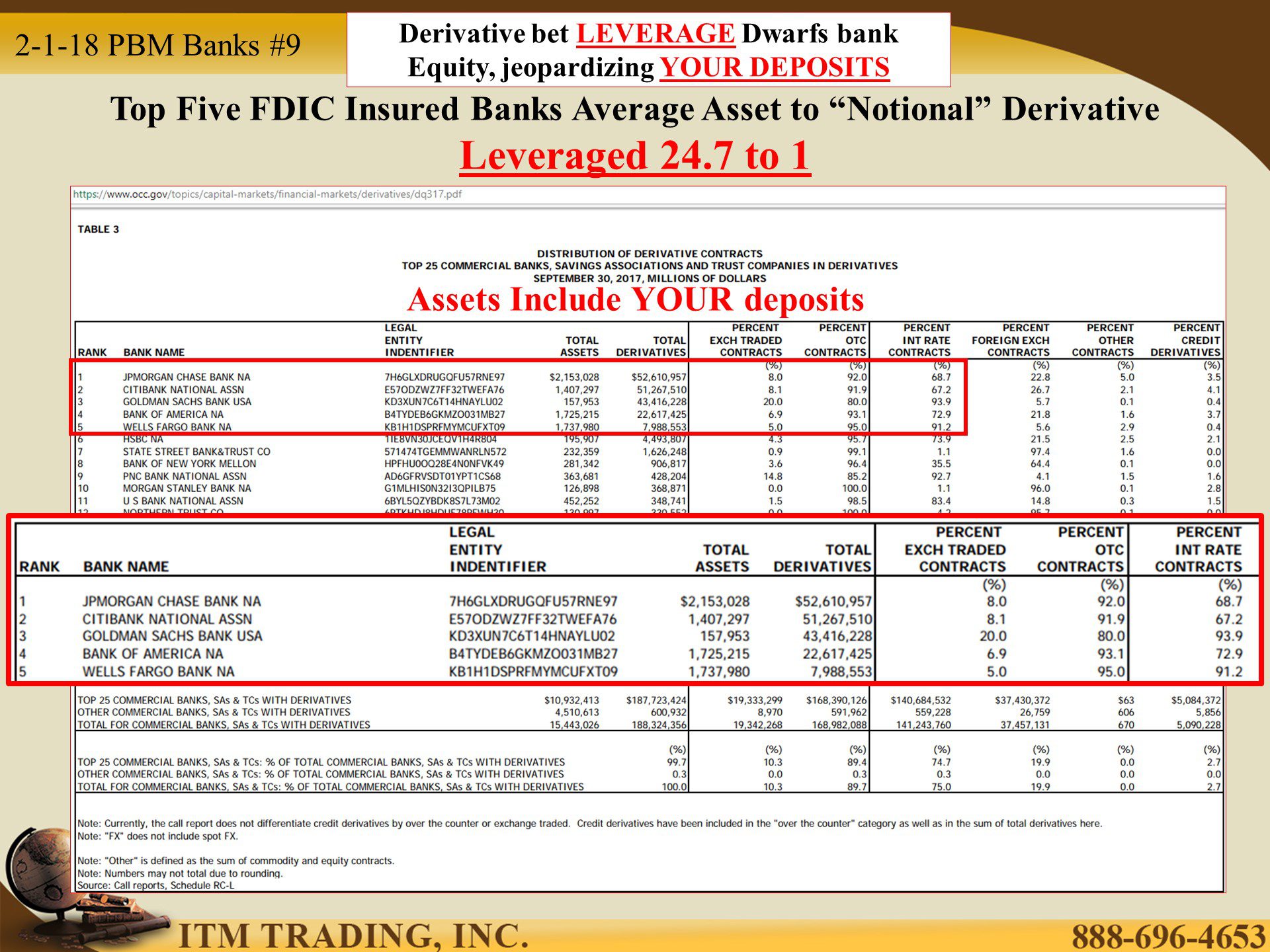 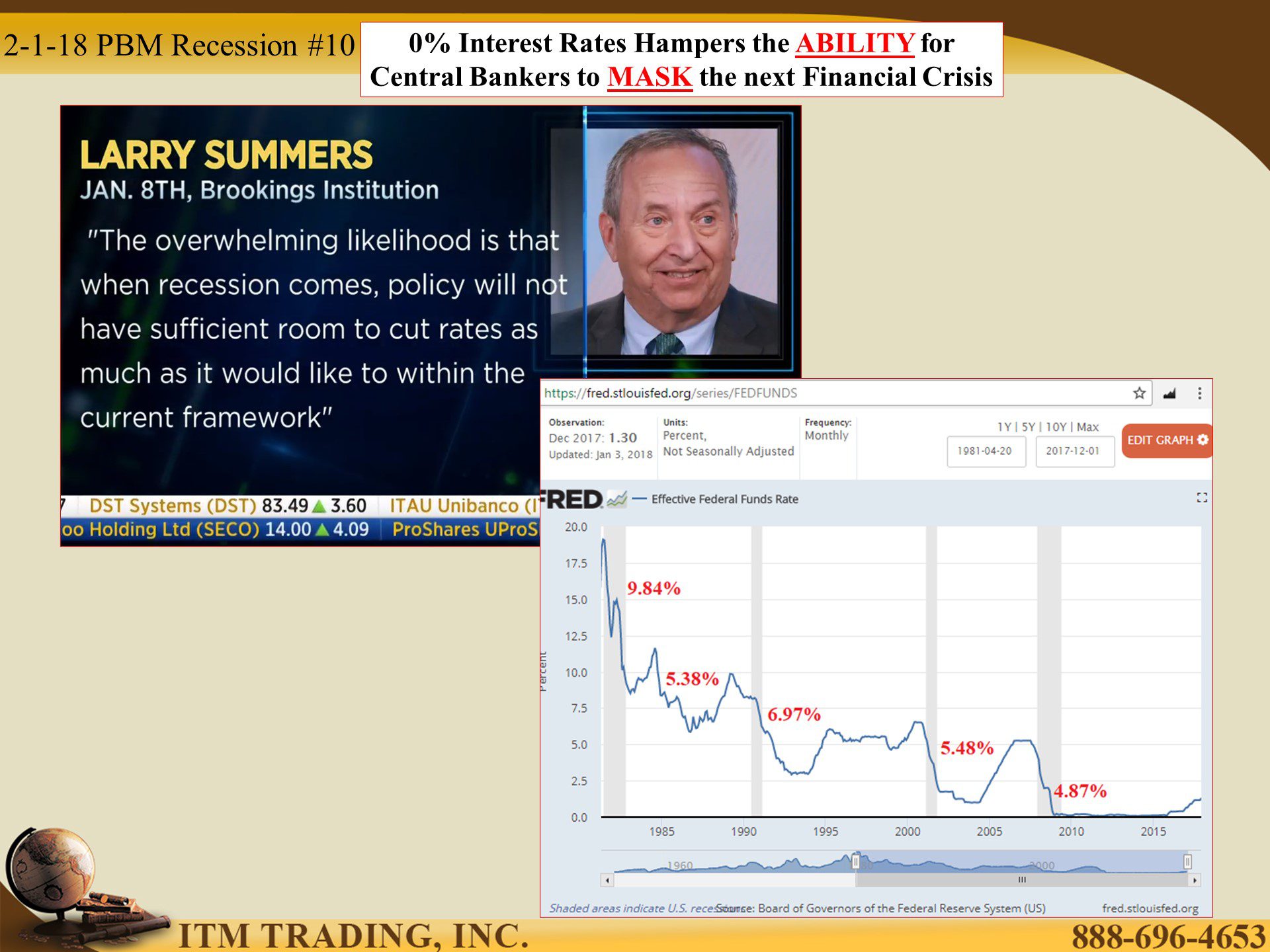 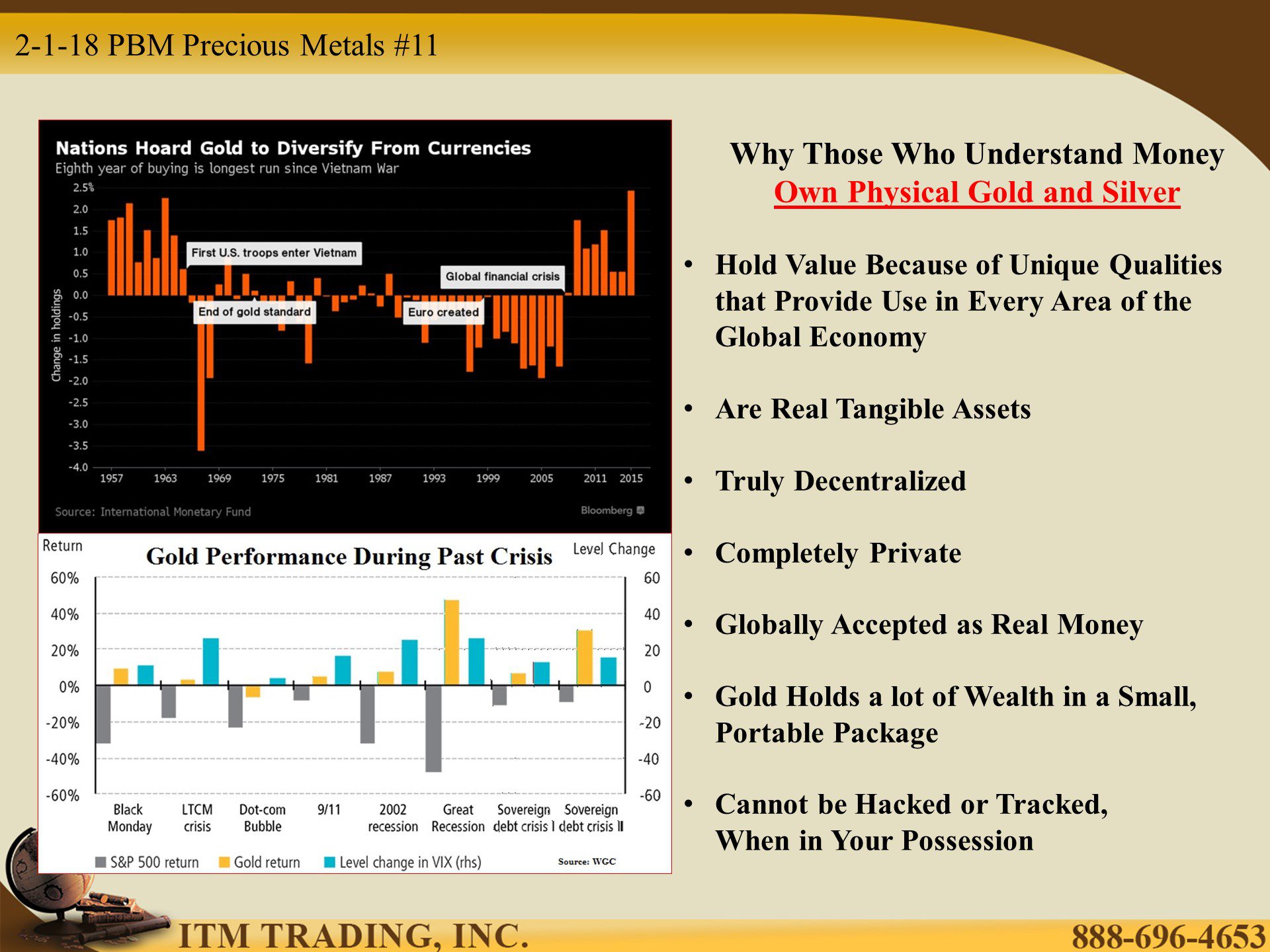