Many celebrities and powerful, wealthy people have been drawn to buy gold coins, for many different reasons. Some buy gold coins as an investment, because gold coins in general and rare gold coins in particular tend to hold their value and increase in value over time, and others buy gold coins because they like to collect gold coins and have a general interest in numismatics (the study of coins). There are very well recognized names that have been collecting gold coins, and these names transcend time and social strata.

Perhaps some of these celebrities and powerhouses decided to buy gold coins on their own, or perhaps they had savvy financial advisors that suggested that they buy gold coins. In any event, here are a few names that you may recognize. And, if you decide to buy gold coins, you will be in fine company.

Nicole Kidman is what you might call a private celebrity. Even though she has had very high profile marriages to Tom Cruise and Keith Urban, for the most part she tends to stay in Australia and she keeps her fair skin out of the sun and her name out of the tabloids. Perhaps because Nicole is a private person, she enjoys the privacy you get when you buy gold coins.

In America, gold coins, especially rare American gold coins, are private investments and they are treated differently by the IRS than many banking products when it comes to both taxation and probate or estate planning.

Perhaps with her savvy mind, and her very bankable and successful history in Hollywood, Nicole has been able to acquire quite a precious metals portfolio. Nicole is not particularly active or vocal in the rare gold coin and numismatic world, but rumors have persisted for quite some time that fine specimens of gold coins end up in her collection.

Yeah, he may not be as big a celebrity as Nicole Kidman, but much like a bad penny, John Larroquette has turned up in a bunch of great TV shows. Before John was cast in Black Sheep Squadron, where he played a Marine Corps fighter pilot named Bob Anderson. Prior to this you could hear John in The Texas Chainsaw Massacre, as it is his distinctive voice that does the opening narration. John, continued to get work, and perhaps it was some of this income that allowed him to continue to buy gold coins. John Larroquette also had appearances on Sanford And Son, as well a part in the movie “Stripes”.

As success followed John, perhaps he had plenty of time and money to buy gold coins with during the long run of the hit sitcom Night Court, in which he played lawyer Dan Fielding across from actor playing lawyer Markie Post and comedian playing judge Harry Stone. The sitcom ran from 1984 until 1992, and John won so many Emmy’s for his performances, that he asked to stop being considered for the award.

These days, Larroquette might be found wandering through a coin show, or looking through display cases at rare gold coins. With residual checks potentially still rolling in from The John Larroquette Show, the movies Blind Date, Meatballs Part 3, Star Trek 3, JFK, Twilight Zone, and Richie Rich, he probably has a few dollars with which he can buy gold coins.

Andre Dawson enjoyed an amazing career as a professional baseball player. He played the positions of center and right fielder, but he was also known for swinging a real mean bat. Dawson played for four teams during his unusually long career, but he spent the majority of his time in the league either as a Montreal Expo or a Chicago Cub. Dawson was also a member of the Boston Red Sox, and the Florida Marlins. Andre took the field for the first time as a MLB player in 1976 as an Expo, and finished his career as a Marlin in 1996.

Even though Major League Baseball players did not make the crazy kinds of money that they are paid today, Dawson’s amazing on field talents earned him contracts and checks that were among the highest of his day.

Andre Dawson was not only known for amassing quite a valuable collection when he would buy gold coins, but he amassed a very complete and valuable numismatic collection over his career, as he would buy a gold coin here and buy a gold coin there. Even though gold coins are private investments, and so are numismatic coin collections, there were reports and rumors that Andre Dawson sold his gold coin collection later in life for perhaps a very tidy profit. Many successful sports figures manage to make millions and then go broke, but Andre Dawson chose to buy gold coins. Apparently he mad many smart moves on and off of the field.

Perhaps celebrities like Nicole Kidman and John Larroquette and Andre Dawson have people that would do their investing and gold coin buying for them, but if you would like to discuss buying gold coins from ITM Trading for yourself to protect your financial interests, ITM Trading is here to be of service. 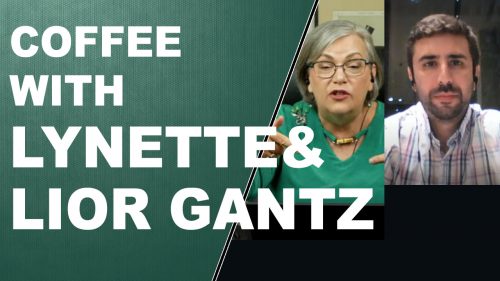