In a Fractional Reserve monetary system, in order to create money, Debt must be created first. Thus Treasury Bonds are issued.

On the other hand gold maintains its ability to purchase the same goods and services over time. This is true because, unlike fiat currencies, there is a finite amount of physical gold. The primary function of gold is to deal with the debt accumulated by the government. This is why it is the primary currency metal.

Even with gold hitting new highs on the spot market, it remains a huge bargain based upon its primary function, since it is becoming apparent that governments around the world, have grown more debt than can ever be repaid or even serviced.
First let’s look at the USA’s current debt, which is roughly $14,511,850,162,740. There are a finite number of ways that a government has to deal with its debt. They can roll it over, default on it, or they have to service it.

The following chart comes directly from the Federal Reserve dated 7/13/11. It reflects the amount of treasury bonds accumulated by the Fed, or Quantitative Easing. Simply put, our government wanted to continue deficit spending, therefore they created more debt (treasury bonds, notes or bills), but not enough buyers of that debt showed up at the auction, so the Federal Reserve bought the treasuries themselves. Generally, it is not considered a good thing because it shows that a government is beginning to lose the ability to create more debt. 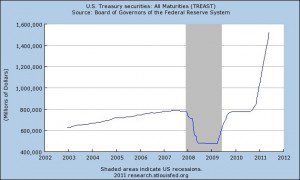 We can do a visible default on our debt, but that isn’t likely. Therefore, we have to service the debt. For that, we need income and governments generate income via taxation. 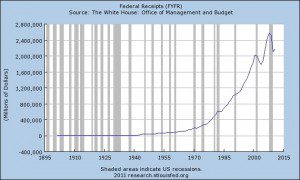 Notice that the income drop is the greatest it has ever been, going back to 1900. As a result everyone is going to have to pay more taxes.

If all of the above options are off the table, there is only one option left; to repay those loans with devalued currency. There are only two ways, one is against other currencies. Here is the US Dollar vs the Euro Dollar 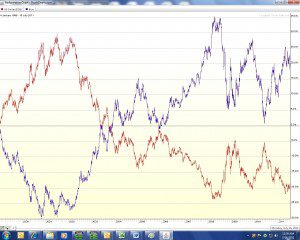 When the dollar goes up the euro goes down, and vice versa. That alone does not create longer term inflation, which is needed to transfer wealth. What creates the inflation in a fractional reserve system are currencies against gold as the primary currency metal. So let’s see what that looks like. 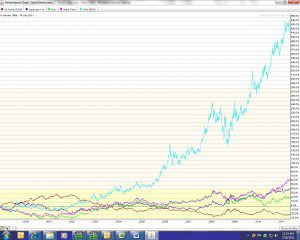 The above charts shows a clear picture of a currency race to the bottom, since the value of gold really never changes, it’s just the number of pieces of paper that it takes to buy it that changes. Through inflation,  it simply takes more and more pieces of fiat paper to buy the same goods and services. So in reality, inflation is an invisible tax on your wealth.

Bottom line, through inflation, the government and central banks are transferring your wealth their way in order to deal with all of the debt they are growing. This is why gold historically goes up to heights not believed possible by the general public. This is why it is imperative that you own both gold and silver. Historically, it is the only way to maintain your purchasing power when the powers that write the rules are bent on destroying it and saddling us with debt.

What Central Banks and Governments Own the Most Gold