If you read the Los Angeles Times recently you might have read an article titled “Deficit hawks’ ‘generational theft’ argument is a sham “ and states an interesting opinion that is reproduced, in part here in the following two paragraphs.

“The “generational theft” argument is a sham. It’s an attempt to get around the fact, so distasteful to the enemies of government social programs, that Social Security and Medicare are hugely popular. As Marmor observes, if you can’t put across the case that these programs are undesirable, “you have to make them look uncontrollable, ungovernable, and therefore unaffordable.”

The argument has been tried out on several generations in the past, and they’ve seen through it. Today’s generation should see through it too.”

Hmm, the last time I checked my Social Security statement I got in the mail it opened with the line “…Social Security is an inter-generational agreement…” That is because the money that my generation has paid into the program has been has already been spent on the generation drawing on Social Security now. It echoes a pattern of theft that has been repeated since the beginning of Social Security.

Originally the Social Security program was described as a “locked-box”. The term locked-box was used to assure tax payers that the money put into the locked-box could not be used except for the one who paid it. There was only one problem, the fox had given himself the key to the locked-box hen house. This would be the same locked-box that thieving politicians could not keep their hands off of before my time and forewarns us of the future thieving politicians who will be unable to restrain themselves to leave other peoples money alone.

Where is Davy Crockett when you need him! He is quoted as saying “We have the right as individuals to give away as much of our own money as we please in charity; but as members of Congress we have no right to appropriate a dollar of the public money.”

“… uncontrollable, ungovernable, and therefore unaffordable.” Well, yes, it would seem that Desmond Tutu was right, “The price of freedom is eternal vigilance.” That would be freedom from things like thieving politicians and generational theft.

Jim Rickards: Stocks Have Gone Sideways For Half A Generation 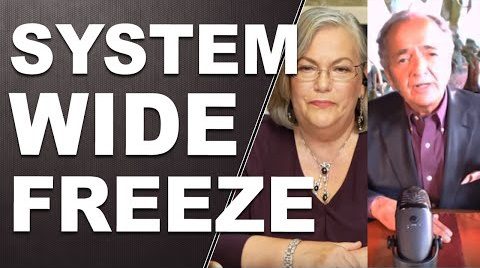