We don’t really think about a currency crisis on a day to day basis, but currency risk is very real. In fact, one of the reasons your wallet or purse may be full of plastic cards is because you are trying to avoid perhaps the most common currency risk; physical loss. Have you ever misplaced a few hundred dollars? You know that if you don’t find the cash, you are out the value of the cash you can’t find. You also know that anyone who finds your cash will most likely spend it, meaning it will be lost forever to you.

Perhaps the biggest perk of carrying plastic cards is believing that if you lose your card or even if someone takes money out of your account you will be financially protected and your wealth will be restored. But what if the problem is bigger than just a few misplaced dollar bills or a lost debit card? What if the currency itself was to become worthless? Holding a plastic debit or credit card won’t help.

India is the world’s seventh largest country. India also has the second largest population, second only to China. The 2015 population count for India was roughly 1.31 billion. The people of India also buy a lot of gold. So do the people of China. Both countries are much older than the US, and the people of India and China have seen fiat currencies come and go. While many currencies resulted in crisis they have seen gold remain money and wealth, hence their frequent and large purchases of the yellow metal.

Right now in India, there is a new government decree. Over the next few weeks, the people of India are supposed to turn in their 500 and 1000 rupee notes. These are the largest bills in circulation right now in India, very similar to the $50 bill and $100 bill in the US.

The government is concerned that too many Indians are holding stacks of 500 and 1000 rupee bills. The Indians do not really trust the government or the banks in India. Most of the country runs on cash transactions and relatively few people have banking accounts.

The Indian government feels that if people hoard stacks of cash that wealth is being hidden. If wealth is being hidden, then income taxes and other taxes are not being properly calculated or collected. In order to more easily collect the taxes, the government simply decreed that after a certain date, the 500 and 1000 rupee notes would cease to have value. This is not one of the more common manifestations of currency risk, but this is definitely an example of currency risk, nonetheless.

The government is supposed to print enough smaller notes so that everyone who has the larger notes can easily exchange them for smaller notes. As you may expect with a government run program, however, there are not enough smaller notes available yet. In addition, some know that exchanging large sums of the high denomination rupee notes will bring suspicion or prosecution. After all, the Prime Minister of India has promised to hire new people to look into tax dodgers.

So, as you may expect, there is a huge demand in India right now for gold coins and bars and for gold jewelry. In India, everyone understands that gold is wealth and that paper is paper. Unfortunately, in India, 500 and 1000 rupee notes are often only paper. BullionDesk reports that the World Bank estimates that up to 28% of the 500 and 1000 rupee notes in circulation are forgeries.

This presents a unique situation if you think about it. Almost one-third of the large notes in circulation are counterfeit, but they trade freely because people need the cash in order to continue commerce. The Indian government has realistically failed to provide a stable currency, a fair tax system, or a viable alternative. These failures lead to a situation ripe for currency risk to strike, and it did.

In India, many are choosing to own gold as a more secure store of wealth. Which would you rather own, gold coins and bars or stacks of potentially counterfeit bills that the government can outlaw at any time?

A Currency Crisis Is Real : Own Gold.

Recently I was watching a video webinar that ITM Trading’s Lynette Zang wrote and produced. In her very informative webinar, she discusses currency risk, and how real it is. She also describes the answer, or antidote, to currency risk; gold. In addition to being traded as a commodity every day around the entire world, gold is a currency. 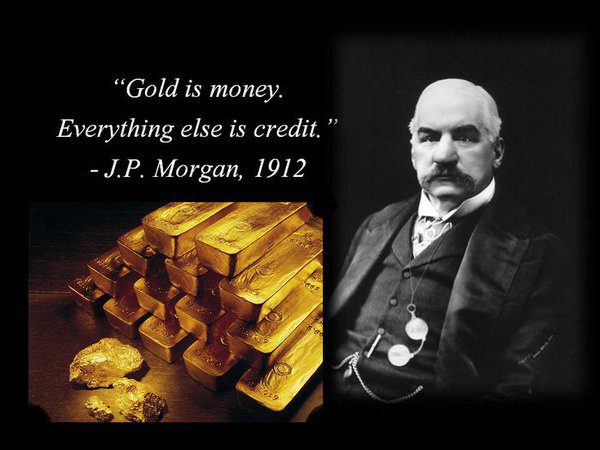