You may recall that back in July China announced that it was set to launch a new exchange in which Gold and silver contracts could be bought and sold in the Yuan (renminbi or RMB). Well yesterday China finally launched the exchange in Hong Kong and began trading.

Gold for a long time has been bought and sold (denominated) in US dollars.  During the Bretton Woods system from shortly after WWII to 1971, countries could convert their dollar reserves into gold. This system insured that the US would not abuse its power and print money to pay its debts, what other non-reserve currencies cannot do for very long without creating massive inflation. That came to an end in 1971 when President Nixon removed the US from the gold standard which has resulted in over an 80% loss in the dollar’s purchasing power and has grown our debt from around $400 billion to $14 plus trillion (36 times over).

This massive devaluation has cost countries that have lent us money over the years a lot of money.  So naturally this has prompted other nations to look for options in lieu of the dollar.  For example, China has been setting up bilateral trade agreements with Russia and others to trade in their own currencies. The BRIC nations have also called for the IMF to supplant the dollar with the SDR and form a new world reserve currency, and now the new gold exchange.

Gold is a status symbol and China has been keeping all that it is producing in addition to importing many tons of it. As a symbol of power it makes sense that China would set up convertibility between the Yuan and gold. It is certainly a way to further circumvent the dollar and also give more power to the Yuan. Haywood Cheung, President of the Chinese Gold & Silver Exchange, said yesterday “The whole world will probably dump denominated in US dollars.”

This move by China is posturing and strategic and hopefully for gold buyers it will create a more transparent market with less price manipulation.

Another reason we believe for the exchange is China has been attempting to become one of the currencies that are included in the SDR for years now with no success. To help China make its way into the SDRA, it may chose to strengthen the renminbi with gold. 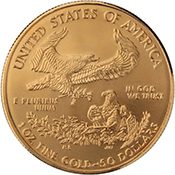