China is in the news a lot recently, should I say the financial news, due to a Chinese currency devaluation, but most people who do not study the markets were not involved in the markets professionally don’t truly grasp the severity of China’s current position. Now if you extrapolate China’s current position to include the current position of the United States and its dollar, and this is exactly the kind of information you would get if you consulted an ITM Trading analyst, then the gravity of the Chinese currency devaluation would become clearer to you.

Over the next few paragraphs I will quickly and briefly explain the Chinese currency devaluation, how it affects the United States dollar, and why holding gold and silver as a physical asset can help protect you and your wealth from the ravages of fiat currency devaluation and extinction.
Recently China has been forced to devalue their currency known as the yuan or renminbi. There have been several explanations as to why this Chinese currency devaluation was done, and one explanation gets more technical than the next. I won’t bore you with one of these technical explanations, because not only are they difficult to understand but more often than not the explanation being given was formed in order to further someone else’s agenda or financial product.

If you do want to look into this matter further and tap the knowledge of somebody who really knows about the Chinese currency devaluation and the currency wars taking place right now then I would refer you to Jim Rickards. Jim has written very interesting books on the subject of currency wars and has also been recruited by the US government to simulate different scenarios where subversive strategies can be applied to markets in currencies around the world as an act financial warfare and terrorism. This man knows his stuff.

The explanation I’ll give you is a simple one and I’ll try and draw quick analogies to make what have become very complicated international currency markets seem as simple as they once were before the introduction of fiat currencies, international stock market trading, universal financial instruments, and the like.

For this example let’s pretend that you are going out shopping for new Corvette. Because you have a good job than a sizable savings account, and you have always paid your bills on time you figure you’ve earned it. When you get down to the Chevrolet dealership you notice that your neighbor from a few doors down is also on the showroom floor looking at Corvettes. You like your neighbor but you also know that he doesn’t make as much money as you do, and that he has been unemployed a couple of times and had trouble paying his bills. But, you are here to buy a Corvette so that is what you’re gonna do.

The next day while you are out looking over your new car and reading over the manual, your neighbor pulls up in his new Corvette. In fact his new Corvette looks exactly like your Corvette. As it turns out his Corvette is exactly like your Corvette, right down to the color. The two you can’t help but get together to chat about your new sports cars, and after couple of beers the subject turns to car payments. You know that because you had nearly perfect credit you qualified for zero payment down and 0% interest while getting $3000 cash back from Chevrolet and you have 72 payments of $917 a month. Your neighbor on the other hand, who seems to be consuming beers at a faster rate now that you’re talking about payments, didn’t have such a strong financial history and his deal wasn’t so sweet. What he is going to experience will feel a little bit like the Chinese currency devaluation.

He had to put $7500 down, and extend his term out to 84 months in order to accommodate his double-digit interest rate which meant that his monthly payment settled out to be $1472 a month. When he said $1472 a month, nearly dropped your beer. He didn’t ask you what your payment was, because he knew it would be substantially lower and he didn’t want to know how low.

I use this example because car lots are one place where everyone’s dollar is not exactly equal. Even if two people walk in and pay cash for two cars that are exactly the same, there will be two different prices based on what each individual was willing to pay for the car. If you change the situation and each buyer now has to borrow in order to purchase the car, there will be two separate prices based on each buyer’s ability to pay and the amount of interest that will be charged based on the buyers history of repayment. Because of your strong credit history and good job and because you have a savings account in the bank, your dollar functions as if it were “stronger” than your neighbors dollar at the car dealership. In essence it will take fewer of your dollars to purchase the same car than your neighbor has to spend of his dollars for his car. You, having a strong currency, are experiencing the opposite of what the Chinese currency devaluation feels like.

Now, in order to make this analogy work, let’s extend the same situation all around town. When you go to the grocery store and buy a dozen eggs it cost you three dollars, but it costs your neighbor four dollars. When you pull up behind him at the gas station, you see it cost him $60 to fill up his Corvette, but it will only cost you $45. In this situation having a “strong dollar” seems great, why wouldn’t you want to pay less than most everybody else for the same goods? Also, it seems like since you have a strong dollar, everyone seems willing to take them. It was no trouble buying the Corvette, but it took your neighbor a day longer to get his financing. If you want a 60 inch TV for the new game, you know all you have to do is go down to the store and sign for it and they will deliver it before you make your first payment. It’s good to have a strong dollar. It’s bad to be caught in a dollar devaluation situation like the Chinese currency devaluation.

What my example illustrated is how the same item can have two costs, and if you’ve ever tried to buy a car or even a candy bar at the grocery store without their “Rewards Member” card, then you know that there is more than one price and that not everybody gets the same price. This is how it works with international currencies when one country tries to do business with another country. Before the transaction can be completed both sides must agree on the exchange value of each others currency. And, much like the good job and healthy savings account and good credit history help at the dealership, having high productivity and stored wealth and no crushing debt goes a long way towards backing the currency of a country.

Now, let’s fast forward 15 years and you and your neighbor are sitting on the porch sharing a bottle of wine that he brought over. The Corvettes are gone; you sold yours to get a minivan and he sold his to get a Porsche. The wine distributorship company he started is doing very well, while the cable TV company that you were a vice president of is filing for bankruptcy which is fine because you haven’t worked there since they laid you off five years ago.

It’s a good thing your neighbor brought over wine, because these days beer always gives you heartburn. And heartburn is the last thing you need because tomorrow is the first day of school and this year you have four children in private school and apparently they all need new computers. Meanwhile your pal is telling you about how his kid is starting a full ride scholarship at the UC Davis wine program.

All you truly have to understand about currencies is that they are cyclical. There are times when they are up and there are times when they are down. China has led a very long and cultured past full of dynasties, rulers and currencies. The Chinese have seen rulers and the paper currencies they print come and go, whereas this less prevalent in the relatively short history of the United States, though currency collapse the United States has happened; research the Continental.

The United States dollar has been the world reserve currency only since the end of World War II, and since then the dollar has lost a substantial amount of its purchasing power, and of course the dollar is no longer backed by gold as it was when it became the world reserve currency. In fact the United States had to do a very similar thing to the Chinese currency devaluation back in the 1970s when Pres. Nixon closed the “gold window” and removed the United States from the gold standard. Cycles. There are countless factors that go into perpetuating cycles, but cycles happen and they happen continually. If you learn to position yourself for cycles, then you can benefit from them. If you don’t position yourself for cycles will be run over by them, and there are plenty of Chinese that are losing their savings due to the Chinese currency devaluation.

Currently the United States has a strong dollar and therefore because gold can be priced against dollars, gold is inexpensive relatively to purchase. Currently the Chinese Yuan is weak, and because gold can be priced against the yuan, gold is very very expensive to purchase in China right now with the Chinese currency devaluation negatively affecting it’s purchasing power.

Someday, and hopefully not a day too soon in the future, it will be the dollar’s turn to be devalued once again and when that happens the dollar value of an ounce of gold will skyrocket and purchasing power will be protected. Economic cycles are powerful but relatively predictable. In order to learn more about how gold and silver held physically, and how buying gold and silver bars and coins can protect and grow your investment, contact a representative at ITM Trading. 1.888.OWN.GOLD. 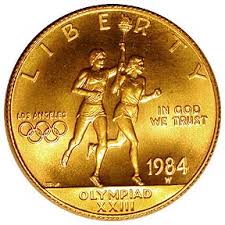 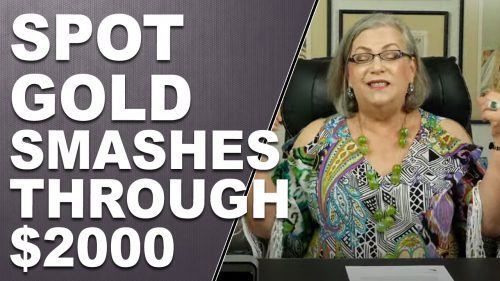