Long-term investing is really about recognizing long-term trends, essentially, and it always has been. There used to be an investing strategy called “buy and hold” that boiled down to buying large blue chip stock positions as early in life as you could and through the magic of the stock markets you would be able to retire on your stock gains and dividends. Warren Buffet himself has said that the “buy and hold” strategy is dead. Markets move too quickly these days, and financial monkeys are just waiting to upset the financial apple cart. The best time to buy gold is now, and it always has been. However, if you are still on the fence about acquiring gold, perhaps taking a few clues from the recent retail collapse that has been happening around you will convince you to open an account and place an order with ITM Trading.

Buddy Holly’s plane may have crashed, but the music did not die. Tower Records, on the other hand, is all but extinct. Tower Records used to be open until at least midnight. If your favorite recording artist had a new record coming out, Tower Records may stay open until 2 or 3 in the morning accommodating the line of fans waiting to snap up either the cassette or LP (vinyl) version of the band’s new album. Some eccentric fans might purchase both formats. Believe it or not, the Tower Record stores were also one of the few places you might actually be able to purchase a concert ticket to see your favorite act or artist.

Tower Records Was Not Only A Music Store, It Was A Culture.

Things began to change for Tower Records, however, with the rise of the Compact Disc format, but very few people saw the long-term trend shift away from analog music to digital music and could foresee the havoc that would soon envelop the entire music industry. Tower Records was just one casualty of that havoc. When is the best time to gold?

As soon as the internet and personal computing power became common, no one needed to drive or wait in line to purchase music, so no one did, and Tower Records filed for Chapter 11 bankruptcy in 2004. In 2006 Tower Records closed the remaining 89 stores it had open.

Digital Music Services Like Napster Were The Beginning Of The End For Tower Records. Napster Is Now Defunct, As Well.

Something that seems so reliable like the love of music can prove to be very fickle once you attach dollar signs to it. Today’s music artists will tell you that they have to tour and perform live to make money because no one likes to pay for music anymore; the times and long-term trends have changed.

KB Toys was at one time the top retailer of toys in America’s malls. In fact, KB was the top retailer of toys in Americas malls in 2008 with $480 million in sales. However, 2008 was a pretty lousy year in the American economy, if you recall, and a lot of iconic retailers and other business types went toes up. Perhaps the long-term trend to recognize here is the death of America’s retail indoor malls.

Scenes Like This Are Common In America’s Indoor Shopping Malls Today.

KB was at the top of a dying long-term trend. Total toy sales for 2008 among all companies was reported to be $21.64 billion. KB’s slice of that toy pie was only $480 million. Apparently people were still purchasing toys, (In fact, toy sales did very well during the economic and market collapse of 2008, relatively) they just were not driving to the mall and walking into KB Toys to do so.

In fact, the traffic in America’s indoor malls has been steadily declining, and there are economic consequences besides closed doors and lost jobs. Retail property values dive, and so do residential property values in areas surrounding vacant storefronts and behemoth malls. In Detroit, for example, the city can’t give away houses that Detroit citizens used to pay thirty-year mortgages on, the city has to incur the expenses associated to demolish them. In a way that is kind of like a snake eating its own tail if you think about it; being that cities rely on property taxes and other taxes in order to fund themselves.

When Enormous Malls Like This Close And Crumble, Surrounding Property Values And Neighborhoods Decline.

Even if your home values or your employment is not being threatened by collapsing retail, perhaps your wealth and retirement savings are at some risk. You may not know that the mutual funds your 401k holds invests in retail properties, or that the banking sector stocks you have are being hurt by retail mortgages going unpaid. The ripples of collapsing retail sales may turn into waves.

The Sharper Image Is Now Little More Than A Website. Donald Trump, On The Other Hand, Is Still Pretty Relevant.

Another company now owns the right to The Sharper Image brand and still does some online sales. Perhaps the trend of being trendy went out of trend, who knows? In any event, The Sharper Image is out, but gold coins and gold bars are still wealth.

The Best Time To Buy Gold Is While You Still Can.

Just as 2008 proved to America, when financial hell breaks loose, it breaks loose quickly. If the next financial hell to break loose is worse than 2008, or God forbid that the US dollar falters, gold prices will rocket. Gold rose to a high of about $1900 an ounce in the aftermath of the 2008 collapse, and gold prices began the run to $1900 an ounce from crash lows of around $700 an ounce. 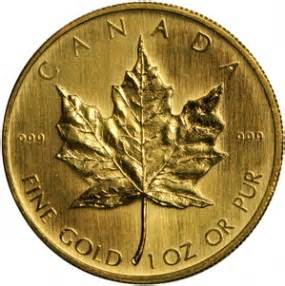 As of this writing, gold is trending around $1250 an ounce and climbing. Contact ITM Trading and begin acquiring physical gold today. The best time to buy gold is right now, it always has been.