March 22, 2016. Gold looked like it was about to break below double bottom support at $1,240 overnight and then terrorist attacks in Belgium reversed its course.  ISIS has claimed responsibility for explosions that killed 34 civilians in Belgium, 14 people at the check-in desks at Brussels airport and 20 bystanders at a Metro station near the European Union headquarters in central Brussels.  The terrorist assaults came a day after the Belgian Prime Minister warned of revenge strikes for the arrest of suspected Paris-attacker Salah Abdeslam.

Within an hour of the news of the Belgian attacks, gold had already jumped up $15 on the back of safe-haven bids.  Selling finally emerged at $1,260 and gold trended lower for the remainder of the trading session though.  Silver has had a surprisingly dull day and tested, yet failed to close above, psychological resistance at $16 for the third day in a row.  This is clearly near term resistance while the 50 day moving average at just under $15 is strong support.

Does Gold Have A Lifetime Guarantee? 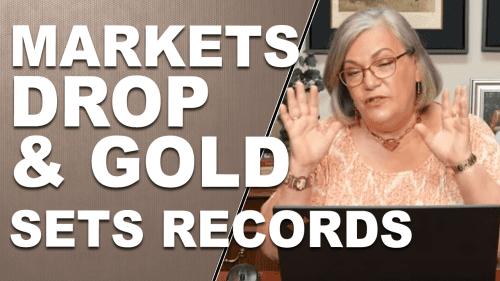